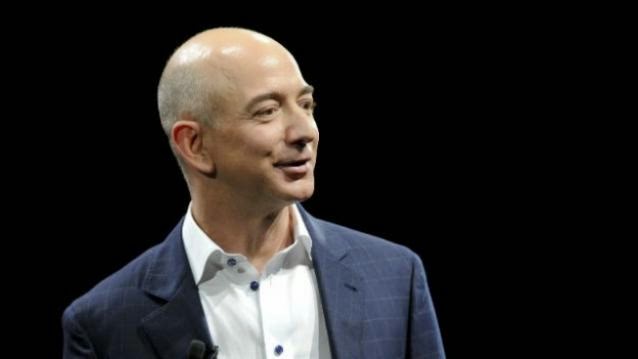 Amazon.com Inc’s (AMZN.O) once fairy-tale ride on Wall Street has hit its most jarring bump yet.
The company that for years enthralled investors with improbable growth and earned one of the technology sector’s highest valuations drew widespread ire after a spectacular results letdown on Thursday.

Amazon missed expectations across the board – on margins, on its net loss and on revenue. An unaccountably poor 7 to 18 percent revenue growth forecast for the typically strongest holiday quarter was the final straw for some.

Coming just three months after a big letdown in July, the warning may represent a tipping point for investors who are already wary of a triple-digit price-earnings ratio and a persistent unwillingness to throttle back spending.

“They’re becoming much too distracted in all these other efforts” outside core businesses like online retailing and web services, said Matthew Benkendorf, portfolio manager at Vontobel Asset Management. Benkendorf unloaded his Amazon holdings a year ago and said he would be skeptical of future involvement even if the stock falls further.

“They are their own worst enemy to success,” he said. “They really need to do some soul searching and get focused.”

Investors have given Bezos a lot of leeway based on past success, including the introduction of Amazon Web Services. The cloud-hosting and computing service started out as a low-cost option for cash-strapped startups but now vies successfully with IBM (IBM.N) on government and corporate IT contracts.

But the company is entering a phase when many investors are expecting to see profit improvements, said Andrew Cupps, president of Cupps Capital Management in Chicago. Cupps now owns about 20,000 Amazon shares, down from around 30,000 earlier this year.

Including Friday’s plunge, Amazon’s stock is down by nearly a third since January. Investors had begun questioning Bezos’ growing spending on perceived side-projects since his company missed second-quarter profit targets.

Such long-term endeavors included Hollywood-style content and mobile devices to compete with Apple Inc (AAPL.O) and Google Inc (GOOGL.O). But while Amazon’s original drama series “Transparent” has won rave reviews, the jury is still out on whether the company can consistently deliver Netflix-style hits like “House of Cards.” Meanwhile, its “Fire” smartphone project appears in trouble. The company took a $170 million writedown in the third quarter, largely because of unsold phones. And last month, it slashed the phone’s price (with a two-year AT&T contract) to 99 cents from $199.

That’s why brokerage analysts previously enamored of Amazon’s prospects struck a pessimistic note. At least 20 brokerages cut their price targets on the stock on Friday.

“Even if Bezos is unconcerned about institutional investors’ near term, he needs to care how the stock impacts his ability to attract and retain talent, particularly given the broadening tech expertise he needs,” said Macquarie’s Ben Schacter. “If the stock continues to get hit, we could even end up in a situation with activists calling for significant changes.”

To be sure, short interest in Amazon remains low compared with most companies, suggesting that few investors deem the company to be in trouble. But it has increased over the past six months. About a year ago, 0.3 percent of the shares available for short bets were being used for such activity.
That’s increased to about 1.6 percent as of Thursday, according to Markit, which tracks share lending.
And despite Friday’s steep target-price cuts, no brokerage yet has a sell rating on the stock. Of the 44 analysts covering Amazon, 28 have a ‘buy’ or higher rating on the stock, though that’s down from 32 three months ago.

Some still give Bezos the benefit of the doubt.

“I get it that people are frustrated that they’ve done a lot of different things that haven’t helped them that much,” said Daniel Morgan, senior portfolio manager at Synovus Trust Company, which will hold onto Amazon for now. “We’ll hang in there a little longer to see if this thing will come to fruition for them.”
Others have begun to waver. During Thursday’s earnings call, analysts pressed Amazon on when it would see a payoff from heavy investments in China, devices and other areas. Wolfe Research analyst Aram Rubinson asked what metrics Amazon tracks “because it’s a little hard to see any of it making positive progress.”

“We are at the point where they’re getting sick of it,” said John Thompson, chief executive of Vilas Capital Management, who has been shorting Amazon for about two years. He took issue in particular with executives’ assertions that they rely on cash flows as one of their prime performance metrics.
“They’re using a cash conversion cycle – meaning, they take your money in today when you buy something, but they don’t pay their supplier for 75 days. That is what creates cash flow and that’s what everyone on the Street looks at,” he said. “That’s an entirely fallacious way of valuing a company.”
“If Amazon were to exit China and use the savings to buy back stock, we could easily get far more optimistic,” Rubinson said in a separate note. “But we are not holding our breath.”