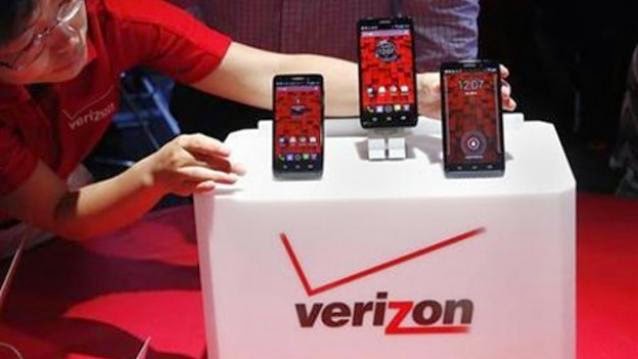 AOL and its properties, including the Huffington Post, TechCrunch and Engadget websites, would become a Verizon subsidiary, with AOL Chief Executive Officer Tim Armstrong staying in his job. The companies announced the deal on Tuesday. Armstrong, who has been building up AOL’s expertise in technology for placing text and video ads on mobile phones, sees mobile representing 80 percent of media consumption in coming years.

“If we are going to lead, we need to lead in mobile,” Armstrong said in a memo to employees on Tuesday.

Global revenue from online video ads is forecast reaching $19 billion by 2017 from about $11 billion last year, cutting into television ad revenue, according to research firm IHS.

Verizon has over 100 million mobile consumers, content deals with the likes of the National Football League and “a meaningful strategy” in mobile video, Armstrong said.

It will need to buy telecommunications spectrum aggressively to accommodate rising mobile video traffic. For Wall Street, the deal is about the technology. “AOL’s ad-tech offering has been driving its growth for some time now as the Internet business has faded,” Dan Ridsdale, an analyst at Edison Investment Research, said in a note to clients. “This acquisition is aimed at enabling Verizon to maximise its revenues from mobile video.”

Armstrong told Reuters that talks between Verizon and AOL started last year. He met with Verizon CEO Lowell McAdam last July about how to further their partnership.
Armstrong said he has a multiyear commitment to stay with Verizon and run AOL as a separate division but declined to give further details.

The proposed acquisition was the latest example of how established telecommunications companies look to make deals to jump-start growth as mobile phone expansion slows. AT&T Inc, the second biggest U.S. telecom company, is also betting on video, agreeing to buy No. 1 U.S. satellite TV provider DirecTV, for $48.5 billion. The deal is pending.