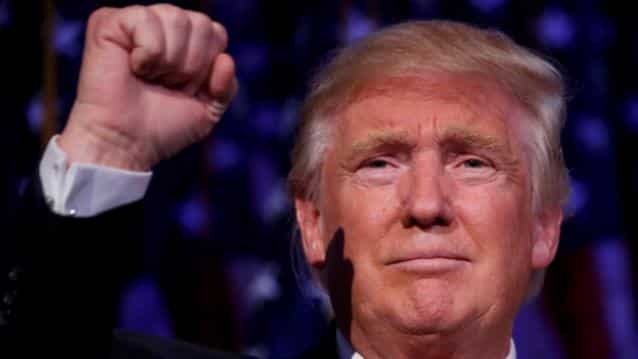 US President-elect Donald Trump has invited CEOs of some of the largest tech companies in the world to attend a summit on Wednesday.

Interestingly, Amazon’s Jeff Bezos also rated an invite, though it’s unclear if he’s actually going to attend the event. The meeting, slated for the fourteenth of this month, will take place at Trump Tower in Manhattan.
Silicon Valley has been very wary of Trump since he won the US Presidential Election. Many in the Valley had gone out of their way to support Trump’s rival, Hillary Clinton, in the Presidential Election and Trump himself doesn’t have an amicable relationship with them.

Jeff Bezos in particular has been targeted by Trump on multiple occasions. Bezos himself has been very critical of Trump and Trump has targeted Amazon for its outsourcing of jobs, research and development and more. Bezos-owned Washington Post has also been particularly harsh on Trump during the elections.
Bezos isn’t alone. Trump’s gone after Apple as well. He event went on to call the company out on its “tax evasion” and lashing out at it for not cooperating with the FBI in the San Bernadino iPhone case. The purpose of the summit isn’t clear at the moment, but we’re sure Trump will tweet about it soon.

Brain-drain
Jesting aside, it’s quite likely that the summit is intended to address Silicon Valley’s growing trepidation at a future under Trump. Silicon Valley’s biggest fear surrounds Trump’s stance on immigration.
The Valley relies very heavily on “highly-skilled” immigrants to fill positions that are otherwise hard to fill. Foreign students who come to the US not only bring in money, they also represent a significant investment in terms of money, time and other resources and to have their newly acquired skills deported back to their home countries would be a huge loss.

The US H1-B Visa program currently admits around 65,000 skilled workers and 20,000 graduate workers, almost all of whom are quickly swallowed up by American industries. Jeff Sessions, Trump’s soon-to-be-appointed Attorney General is very much against the H1-B program and Silicon Valley is terrified.
In an industry that lives on the cutting edge of technology, and sometimes beyond that, any delay in filling such positions, a loss of skilled labour and more, all of this represents a terrible loss for the Valley.
But that’s not all.

Manufacturing
Another issue that worries Silicon Valley is Trump’s insistence on bringing back manufacturing to the US, particularly the manufacture of the iPhone. In fact, Trump has proposed to impose heavier taxation on goods manufactured in China.

Economists and Silicon Valley see no point in doing this. Even if it was economically feasible to bring over a multi-billion dollar manufacturing and supply chain industry from Asia to the US, the sheer cost of labour in the US would push up the cost of manufacturing a product by three times or more. This would eat into the profits of companies forced to manufacture in the US, resulting in minimal gains to the economy.
A report on Forbes even suggests that bringing manufacturing to the US will provide no measurable economic benefit, making the whole endeavour meaningless.

The Indian connection
Trump has been vocal about his support for India, going so far as to say, “If I am elected president, the Indian and Hindu community will have a big friend in the White House.” But this is the same man who claimed that Pakistan “is not our friend” and then told Pakistani Prime Minister Nawaz Sharif, “Your country is amazing.”

“Get it straight: Pakistan is not our friend. We’ve given them billions and billions of dollars, and what (cont) http://t.co/O5S4cQV3

While Trump might love India, he also hates immigrants and if he gets his own way, we might see a drastic decline in the issue of work- or study-related visas. Indian firms like TCS and Infosys are heavily reliant on the H1-B visa program to get their workers to the US. These companies also rely on the ability to outsource a lot of work to India as it cuts down on their own expenditure in the US.

A lot to discuss
Clearly, Silicon Valley’s CEOs have a lot to discuss with Trump. Whether they like it or not, Trump will be the president of the United States and the only way forward is to help him understand their side of the story and the impact that any hasty decision will have on the American economy, and, indirectly, the rest of the world.

Ignoring Trump will do more harm than good.