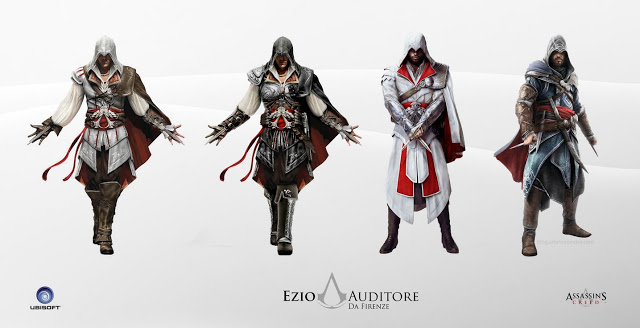 We’ve heard rumours about this and now they’ve turned out to be true. Ubisoft is indeed working on an Assassin’s Creed remaster and expect to ship it by 15 November.

A blog post on Ubiblog outlines the package. Yes, package; you’re not getting just one remastered game, you’re getting three.

Dubbed The Ezio Collection, Ubisoft is planning to remaster Assassin’s Creed II, Brotherhood and Revelations. There is a downside, however. The remastered games will not include any multiplayer mode, but they will include all single-player expansions.

Who’s Ezio? If you’ve played Assassin’s Creed before, you wouldn’t be asking that. Since you are, however, Ezio Auditore da Firenze is Italian nobility turned into assassin and is the main protagonist in the trilogy that makes up The Ezio Collection.


Ubisoft’s claim of enhanced graphics is apparent in the trailer above. Textures seem more detailed and, while it is ages since I played these games, the environmental and lighting effects seem enhanced.

Both Microsoft and Sony recently unveiled upgraded consoles in the form of the Xbox One S, the PS4 Slim and PS4 Pro. More importantly, the PlayStation 4 and Xbox One S consoles both support in-game HDR. We’re not sure if Ubisoft is planning to implement this feature or not.

The Ezio Collection will arrive on Xbox One and PS4 on 15 November. The collection will cost $60 (around Rs 4,000), which is par for the course as far as consoles are concerned. We will not see a PC version of the remastered collection just yet, however.


Also included will be a coupon that will knock up to $8 (around Rs 500) off a ticket to the upcoming Assassin’s Creed movie starring Michael Fassbender, which is set to hit theatres on 21 December and star.