Turkey says Twitter agrees to close some accounts, no tax deal yet 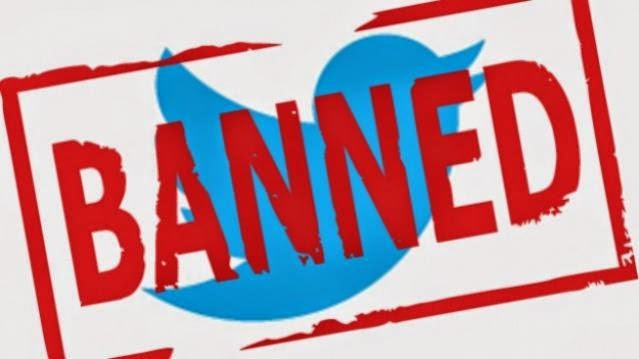 Twitter will close some accounts in Turkey but will not for now set up an office there as the government wants, a senior Turkish official said late on Monday after talks over a dispute which saw the government ban the site for two weeks.

The Twitter block was lifted 11 days ago after the constitutional court ruled that it breached freedom of expression, a decision Erdogan has since said was wrong and should be overturned. YouTube remains blocked in Turkey.

Some accounts about which Turkey has complained will be closed and a more formal mechanism established under which Twitter will consider Turkish court rulings on other accounts, the official at the prime minister’s office said.

But there was no immediate deal to open a Twitter office in Turkey or for it to pay Turkish tax, two of Ankara’s key requests, in the first direct talks since the ban.

“The two sides understood each other fully after the presentations, and a decision was made to establish a system for cooperation in the future,” the official said.

“Some accounts will be closed. At this stage Twitter will not immediately establish a company but the necessary communication will be established via lawyers in Istanbul.”

The Twitter delegation, led by its head of global public policy Colin Crowell, held talks on Monday with officials from the prime minister’s office, the communications ministry and telecoms authorities.

The Turkish official said Twitter had implemented three important court rulings and said it would enact several other decisions within a week, while it considered the other issues.

“Twitter is not categorically against opening an office in Turkey and expressed this clearly. It will now conduct work and it will be determined whether Twitter will pay tax by the time it forms a company. Twitter said that if it needs to pay tax it will fulfil this responsibility,” he said.

Finance Minister Mehmet Simsek told a news conference on Tuesday that all social media companies operating in Turkey must open representative offices in the country.

The government estimates Twitter generates $35 million a year in advertising revenue in Turkey, none of it taxed locally.

Access to the service was blocked on March 21 in the run-up to local elections to stem a stream of leaked wiretapped recordings. Erdogan said he would “root out” the network.

Tech-savvy Turks quickly found workarounds, and the company itself published a tweet to Turkish users instructing them on how to continue tweeting via SMS text message.

Turkey has said it wants the removal of tweets it considers harm national security, the privacy of individuals and personal rights, and wants Twitter to hand over the IP addresses of those accounts which it views as a threat.