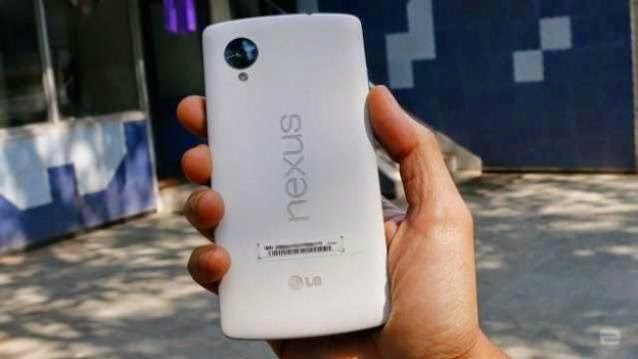 Much has been speculated about how the next Nexus smartphone will look like and what it’s going to be called. The Motorola project, codenamed ‘Shamu’, is still in the works and the leaks taking rounds hint at a behemoth display and a drift from the nomenclature the Nexus phone has followed so far.
The latest rumour triggered by 9to5 Google ‘confirms’ that the next Nexus smartphone, might just be the largest ever phablet from Motorola yet. The report reveals that the phone will feature a massive 5.92 inch display with a QHD resolution of 2560 x 1440 pixels. This comes out to be 498 ppi, which is quite impressive for a smartphone.


However, a 5.9-inch display appears far too large, even in this current market situation. After all, none of the 2014 flagships have exceeded 5.5 inches for display size.

There’s also going to be a 13MP camera, which will be able to capture 4K UHD video. For video calls and self-shots, Motorola will pack a 2MP camera on the front.

The surprises don’t end there. On the internals, the device could have a Snapdragon 805 processor and may pack 3GB of RAM. You can also expect the device to be available in 32GB, in addition to other storage versions. All this will be powered by a 3,200 mAh battery.

Contrary to previous reports, however, the report does not confirm if the Nexus device will run on a 64-bit Android L. This leaves a thin chance for the phone to completely utilise the powerful processor.
The phone will feature a familiar  aluminum bezel and a camera seen on the Moto X, though the report claims that there are some design changes as well. Its volume and lock buttons have moved down a bit in comparison to the Moto X, closer to the center of its side.

As the 5.9-inch display might be a bit too large for most people, like Apple, Motorola may announce more than one screen-size versions of the Nexus 6/X phone. If this happens, expect a 5.2-inch version of the phone packaging the same internals as the 5.9-inch Nexus phone.
With reports about Nexus 6/X slated for a mid-October launch doing the rounds, let’s take this piece of news with a pinch of salt until then.