Sundar Pichai: 8 things you should know about the new Google products chief 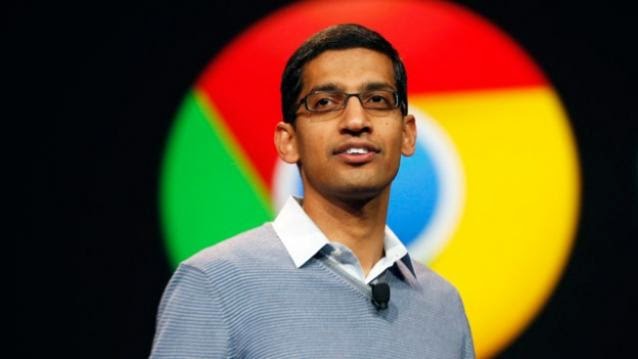 Sundar Pichai: 8 things you should know about the new Google products chief

India-born Sundar Pichai is slowly yet steadily becoming a fore-runner at Google. After a leap from heading Chrome to becoming the Android chief, CEO Larry Page has now promoted the lanky lad in charge of the core Google products. He will now oversee Google Research, Google+, Google Maps, search, ads and more, along with Chrome, Android and Google apps. This means he will be looking after almost all key products, except YouTube which will still be under Page.

Pichai Sundararajan, popular as Sundar Pichai joined Google in 2004. We’ve encompassed this decade of his journey and rise to fame in our timeline below:

Pichai was born in Chennai, India and completed his schooling from Padma Seshadri Bala Bhavan. He later earned the Bachelors of Technology (BTech) degree from IIT- Kharagpur, and further went in for an MS from Stanford University. He also holds an MBA degree from University of Pennsylvania.

Sundar Pichai has earlier worked for McKinsey & Company in management consulting. He has also worked in engineering and product management at Applied Materials.

Pichai joined Google in 2004  and is known to have worked on popular products like Toolbar, and also others like Google Gears and Google Pack, before Chrome was launched. However, it was the success of the Toolbar that helped Pichai pace through his career as Google noticed that it was significantly increasing the number of  user searches. This eventually made Google believe that it should have its own browser.

Rise of Chrome and Pichai

At Google, Pichai is popular for having led product management and innovation of Google’s client software products such as Google Chrome and Chrome OS. Pichai is believed to be the man responsible for driving Google’s Chrome OS and browser forward. In 2008, he was appointed as VP of product development and introduced Chrome browser. It was soon followed by Chrome OS in 2009. It was from 2008 that people started seeing more of Pichai at Google presentations and he soon became a known Google face. By 2012, he was the Senior VP of Chrome and apps.

Though Pichai had spent almost a decade at Google, it was only in 2013 that he became a well known figure worldwide after stepping into the shoes of Andy Rubin. Interestingly, Pichai joined Google in the same year that Rubin brought Android to Google via acquisition. Though Rubin helped develop Android to a great extent for almost a decade, Larry Page soon felt that Pichai would help give it a further push.

Ties with Samsung and Android One

Sundar Pichai is believed to be the man responsible for keeping smooth ties with partners like Samsung. He recently also launched the Android One initiative in India by teaming up with local manufacturers like Micromax, Spice and Karbonn.

Earlier this year, he was also rumoured to be one of the key candidates being considered for top position at Microsoft, which later went to India-born Satya Nadella.

Last week, Larry Page promoted Pichai to oversee core products including search, maps, Google+, commerce, advertising and infrastructure and more. This means, the heads of these departments will now report to Pichai. This puts Pichai at a very key position at Google, as the company’s main services such as search and advertising units help generate major chunk of the revenue.