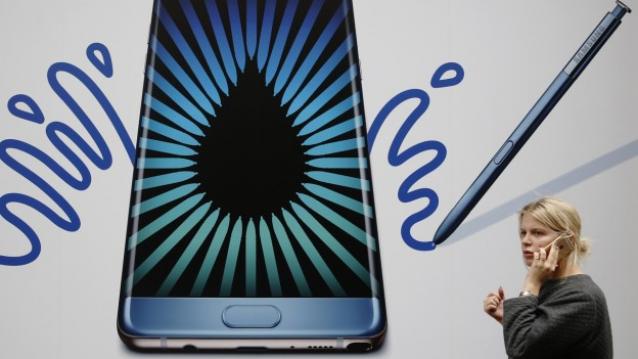 Scarred by the global recall of its flagship smartphone, Samsung Electronics Co is set to report on Friday it still expects a small rise in third-quarter profit, analysts say, with healthy sales of memory chips and displays easing the pain. Lost sales and expenses tied to the recall of at least 2.5 million Galaxy Note 7 handsets to fix battery problems could cost the firm nearly $5 billion this year, some analysts have said. That could sap momentum from a nascent recovery in Samsung’s mobile business, an underperformer in recent years.

But a pickup in the memory chip market, led by demand from rival smartphone maker Apple Inc, will buttress earnings, company watchers say. A Thomson Reuters SmartEstimate, derived from a survey of 20 analysts, tips overall July-September operating profit to have edged up 0.7 percent from a year earlier to 7.4 trillion won ($6.65 billion).

“So long as the operating profit number comes in at a low 7 trillion won level, the market will look at it and think some of noise surrounding the Note 7 recall issue has cleared,” said HDC Asset Management fund manager Park Jung-hoon. Analysts have lowered their expectations for Samsung’s mobile division since the Sept. 2 recall made global headlines. Some have cut their mobile division profit forecast by 1 trillion won or more to reflect the lost sales chipand costs of recalling a smartphone that had won rave reviews and made a strong sales start since its launch in Aug. 19.

Analysts said the semiconductors uptrend was more pronounced for NAND memory chips – used for long-term data storage – as demand started to outpace supply during the quarter due to orders from Apple and Chinese smartphone makers. Demand for solid-state drive storage chips for mobile devices also grew. Samsung stands to benefit from the upswing – especially in the NAND market, where it dominates rivals such as Japan’s Toshiba Corp and U.S. firm Micron Technology Inc in the market for high-end 3D products such as enterprise servers and storage.

Samsung’s display business earnings also likely picked up some of the slack from the mobile division thanks to increasing adoption of its organic light-emitting diode displays (OLED) by rising Chinese smartphone makers such as OPPO and VIVO, analysts said. “While the Galaxy Note 7 recall is a painful blow, the third quarter will show that components including DRAM, NAND and displays did better than expected,” Dongbu Securities said in a report, tipping operating profit for the chips division to be at 3 trillion won.