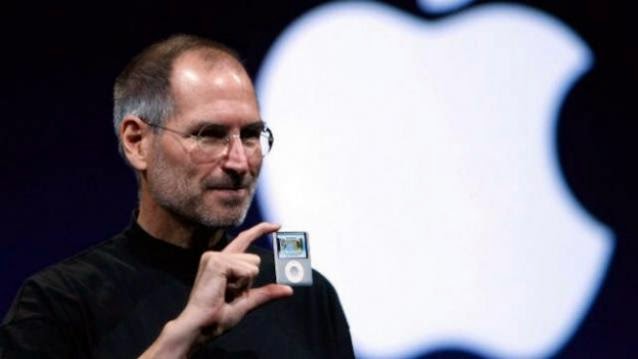 Opening statements began on Tuesday in an Oakland, California, federal court in the long-running class action, which harks back to Apple’s pre-iPhone era. The plaintiffs, a group of individuals and businesses who purchased iPods from 2006 to 2009, are seeking about $350 million in damages from Apple for unfairly blocking competing device makers. That amount would be automatically tripled under antitrust laws.

Plaintiff attorney Bonny Sweeney showed the court emails from top Apple executives, including Jobs, discussing a challenge in the online music market from Real Networks, which developed a rival digital song manager. When it was developed, music purchased on Real’s store could be played on iPods.
“There was a concern by Apple that this would eat into their market share,” Sweeney told the eight-member jury.

Apple eventually introduced a software update that barred RealPlayer music from the iPod. Plaintiffs say that step discouraged iPod owners from buying a competing device when it came time to upgrade.
Apple attorney William Isaacson said the company had every right to improve iTunes to protect iPods from security threats, as well as from the damage caused by Real Networks software.

“It posed a danger to the consumer experience and to the quality of the product,” Isaacson said.
The trial evidence includes emails from Jobs, as well as video deposition testimony the former Apple chief executive gave shortly before he died in 2011.

In July 2004, Jobs wrote to other Apple executives with a suggested press release about Real Networks.
“How’s this?” Jobs wrote. “‘We are stunned that Real is adopting the tactics and ethics of a hacker and breaking into the iPod.’”

“I like likening them to hackers,” Apple marketing chief Philip Schiller responded.

During his 2011 deposition, Jobs displayed some of the edge he was known for, according to a transcript filed in court. Asked if he was familiar with Real Networks, Jobs replied: “Do they still exist?”
Jobs said Apple was influenced by concerns about how record companies would react if music could be taken off the iPod and copied onto other computers. He could not recall many of the details of how he viewed the Real Networks threat in 2004.

Asked if his statements about Real Networks at the time sounded angry, Jobs replied: “[T]hey don’t sound too angry to me when I read them.”

He continued: “Usually, a vehement – I don’t know about the word ‘vehement,’ but a strong response from Apple would be a lawsuit.”

Apple argues that it did not possess monopoly power in the digital music player market, and that it has no legal duty to make its products compatible for competitors. Apple software chief Eddy Cue as well as Schiller are both expected to testify.