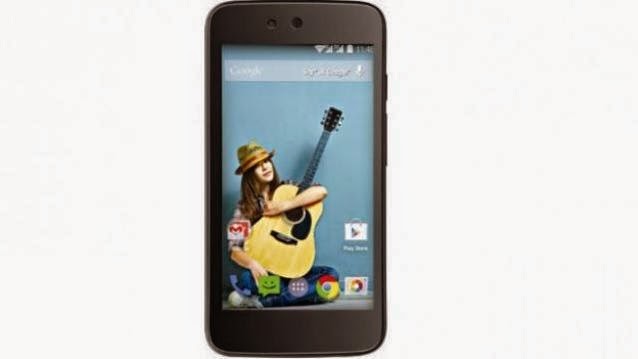 Spice Android One UNO Mi-498 leaked on Flipkart before launch

On the screen front, you have a 4.5-inch screen with FWVGA (854 x 480 Pixels) IPS LCD display. The phone is expected to run  on Android 4.4.4 KitKat. The rear camera will be a 5MP shooter complete with an LED flash unit and ability to shoot full HD videos. The front camera is a 2MP one.

It will come with 4GB internal storage with the option of adding a microSD card of upto 32GB capacity. The phone will be powered by a 1700mAh Li-ion battery. Spice claims the battery will offer 10 hours of talk time and 160 hours of standby time. According to TechPP, the Android One phones will comes with 35GB of free Google Drive storage.