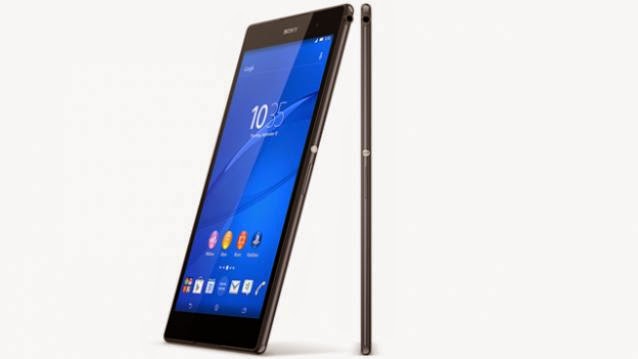 Slimmer than the iPad Air

Sony has unveiled the Xperia Z3 Tablet Compact, which it claims ‘re-defines lightness, re-invents entertainment and re-imagines power.’ We’ve had a look a the unveiling, and the device does seem like a solid threat to the existing top-dogs – the Apple iPad mini and the Samsung Galaxy Tab S 8.4. Here’s a detailed review of the specs to see how it fares against its rivals.

Design
With the Xperia Z3 Tablet Compact, Sony has adopted a more portable, 8-inch display for its flagship tablet – a shift from the previous  10-inch versions of the Z tablet.

The Z3 tablet takes the exact features of the Z3 Compact smartphone, so it looks like an older sibling in the Z3 family. At just 6.4mm thick and weighing just 270g, it’s the slimmest tablet yet, beating its rivals Apple iPad Mini and the Samsung Galaxy Tab S. This should make the Z3 tablet very easy to carry around or slip it inside your purse or a pocket. The size also makes it ideal for on-the-go reading and watching movies.

Like the Samsung Tab S, it features a rubberised back, a metallic rim and a tempered glass front to give it a premium look – also similar to the Xperia Z3 Compact smartphone. While it’s a geat-looking device, some may prefer the premium aluminium body of the Apple iPad mini. As with previous iterations of Sony’s Z range of tablets, the Z3 Tablet Compact carries an IP68 rating for protection against water and dust.

Display
Sony as gone for a 1920×1080 Full HD resolution panel for its 8-inch tablet. While this isn’t the highest resolution we’ve seen on a tablet; in practice, there won’t be any immediately conceivable difference between this Sony and the Retina Display of the iPad Mini or the Super AMOLED display of the Samsung’s Tab S. 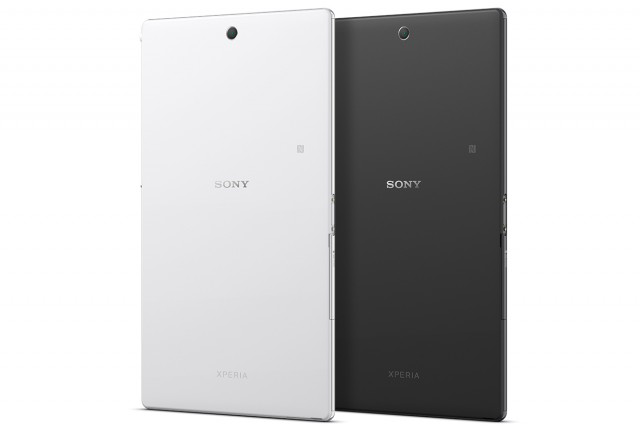 Features
Despite the smaller size, we’re happy to see that Sony has not scrimped on the features. One of the biggest additions in the Z3 Tablet Compact is that it can be used to play PS4 games remotely, by connecting the table to the same Wi-Fi network as the PS4. The tablet comes with the PlayStation app that lets you use the Xperia Z3 Tablet Compact to play games, communicate with PSN friends, purchase PS4 games and download them to the PS4. However, the app only makes sense for PS4 owners.

In terms of its internals, the Z3 Tablet Compact runs on a 2.5 GHz Qualcomm Snapdragon 801 quad-core processor with 3GB of RAM. This makes it slightly better than the Samsung Tab S 8.4, which has a 2.3GHz Qualcomm Snapdragon 800 quad-core processor and makes it a high-end tablet suitable for those who intend to use it for gaming and watching lots of HD movies. But in practice, they should perform equally well. The iPad Mini, however, comes with a 64-bit 7 chipset and M7 motion coprocessor, which is not only super fast but also futureproof.

It comes with the latest Android 4.4.4 KitKat operating system out-of-the-box. There’s 16 GB of built-in storage, although you can expect the usable space to be much lower considering the number of additional apps Sony has included with the device. Thankfully, you can expand the storage up to 128GB with the memory card slot.

The tablet is fuelled by a massive 4500 mAh battery, which claims 13 hours of high quality video playback. Additionally, Sony has included its ‘Stamina Mode’, which tops up the battery life by switching off battery-hogging applications running in the background.

Camera
The Z3 Tablet Compact includes a humble 8.1MP rear camera with no flash and a 2.2MP one on the front. This means you can’t really use the device as a primary shooting device, but it should be fine for average use. Quite sensibly, Sony has armed the front camera with 1080p HD recording support, for sharper video calls. Sony also claims improved video and photo stabilisation to minimise blurry pictures.

On paper, the Sony Z3 Tablet Compact has a better front-facing camera than the Samsung Galaxy Tab S 8.4′s 2.1MP front camera and the iPad Air’s 1.2MP camera that captures video in 720p. However, the rear camera might not deliver great picture quality over the Samsung and Apple tablets.

Connectivity
There’s nothing that Sony has left out in the connectivity department. There are all the modern connections you can think of – NFC, GLONASS as well as aGPS for better navigation, MHL or HDMI port for playing HD videos by connecting it to an HD TV, Wi-Fi and DLNA support in the Z3 Tablet Compact. The tablet will run on both 2G and 3G networks, along with a 4G LTE version which will be announced in few countries.

Verdict
With all the effort Sony has put into making it a worthy competitor, it’s a shame Sony couldn’t think of better name for the device. The mouthful of a name aside, the Xperia Z3 Tablet Compact brings lots to the table to give the iPad Mini and the Samsung Galaxy Tab S a run for its money.

Unlike its rivals, the Z3 tablet is water and dustproof, has a better front camera and possibly better sound quality. It’s rich in features, though the 1920 x 1080 display might not be as stunning as Samsung’s Super AMOLED display and Apple’s iPad Mini.

In terms of performance, it looks like this Sony is just as powerful as the iPad Mini and the Galaxy Tab S. So the success of the tablet comes down to how Sony positions the tablet in terms of the pricing.