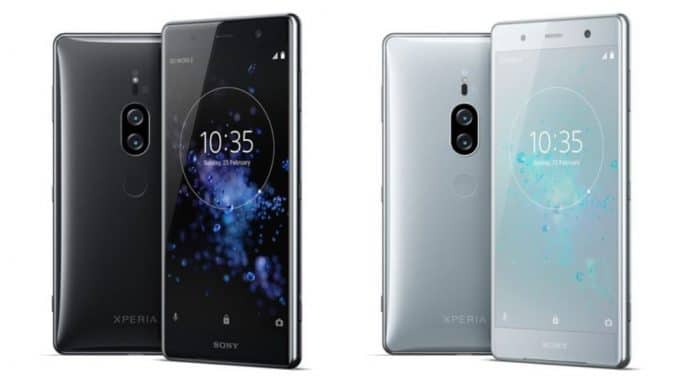 Sony Xperia XZ2 Premium was launched on Monday, an upgrade to the Sony Xperia XZ2 that was unveiled at MWC 2018 earlier this year. The smartphone has several improvements over its predecessor, including a Motion Eye dual camera setup (one colour, one monochrome) with an ISO 12800 sensitivity for video recording, said to be the highest on a smartphone ever. It also has an ISO 51200 sensitivity for photos, and 960fps slow motion video recording. It also bears a 4K HDR Triluminos display, and an IP65/68 rating for dust and water resistance. The Sony Xperia XZ2 Premium price has yet to be revealed. It will be available in Summer 2018 in single-SIM and dual-SIM variants, as well as Chrome Black and Chrome Silver colour variants.

On the front, the Sony Xperia XZ2 Premium bears a 13-megapixel camera with a 22mm wide-angle lens, f/2.0 aperture, and a 1/3.06-inch Exmor RS sensor. The front camera also offers 5-axis image stabilisation, ISO 3200 sensitivity for photo, and ISO 1600 sensitivity for videos. The smartphone bears 64GB of inbuilt storage, expandable via microSD card (up to 400GB). Connectivity options include 4G VoLTE (LTE Cat.18), Wi-Fi 802.11ac with DLNA and Miracast, Bluetooth v5.0, GPS/ A-GPS, NFC, and USB Type-C (v3.1). It ships with a USB Type-C to 3.5mm headphone jack adapter in the box. Sensors on board include accelerometer, ambient light sensor, fingerprint sensor (on the rear panel), gyroscope, magnetometer, and proximity sensor. It also bears stereo speakers. The smartphone is powered by a 3540mAh battery with Quick Charge 3.0 and wireless charging support. It measures 158x80x11.9mm and weighs 236 grams.