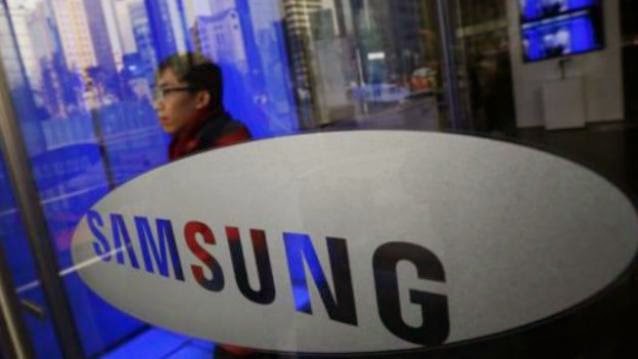 Samsung Electronics Co Ltd on Tuesday said operating profit likely fell 24.5 percent in April-June, its lowest in two years due to slowing growth in the company’s cash cow smartphone business and the strength of the South Korean won.

The world’s largest smartphone maker has seen profit fall as competition heats up from Chinese makers of low-priced yet feature-heavy handsets, as the market’s growth area shifts to low-end handsets in emerging economies.

The result, released ahead of final second-quarter figures due around the end of July, would be the lowest since it posted 6.5 trillion won profit in the second quarter of 2012. It is also weaker than a 7.6 trillion won tipped by StarMine’s SmartEstimate, which gives greater weighting to more accurate analysts.

In a separate statement, Samsung said the won’s strength during the second quarter and a slowdown in overall smartphone market growth hurt the company’s bottom line. It also reported higher marketing costs as it tried to cut inventories.

“The company cautiously expects a more positive outlook in the third quarter with the coming release of its new smartphone lineup,” Samsung said, adding that it expected stronger smartphone sales as well as a seasonal lift in demand for its memory business.

Nevertheless, analysts say the streak of on-year profit decline could extend into the third quarter, with Apple Inc widely expected to launch a successor to the iPhone 5 to compete with Samsung’s flagship smartphones. The year-prior’s record profit of 10.2 trillion won could also be difficult to beat.

In the mid- and low-end of the smartphone market, Samsung may have to slash prices to retain market share, which will further narrow profit margins and drag on growth, some analysts said.  Samsung on Tuesday also said second-quarter sales likely fell 9.5 percent to 52 trillion won.

That would compare with analysts’ estimate of 54 trillion won and would be the first annual decline since Samsung adopted new accounting standards in 2009. Shares of Samsung fell 1.1 percent on Monday ahead of the second-quarter guidance but opened slightly higher on Tuesday morning.
Reuters