Samsung launches 4 selfie-centric smartphones: Galaxy A3, A5, E5 and E7 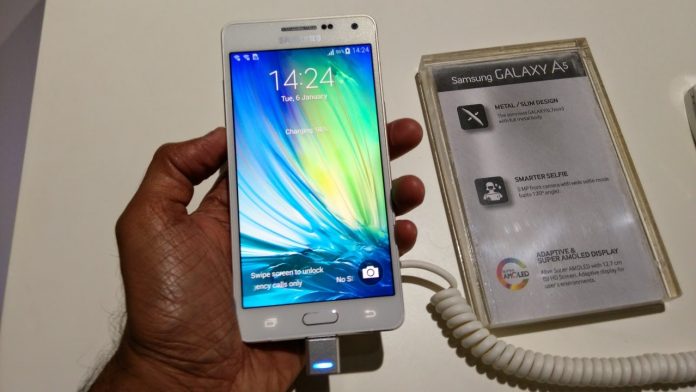 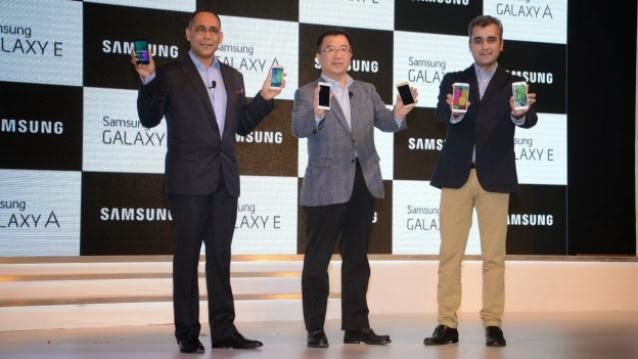 Samsung has started the new year on a good note in India by announcing four new Galaxy smartphones namely Galaxy A3, Galaxy A5, Galaxy E5 and Galaxy E7. The Galaxy A series will come with a metallic unibody design, whereas the Galaxy E series sticks to the plastic build. The price of the devices are: Galaxy A5 at Rs 25,500; Galaxy A3 at Rs 20,500; Galaxy E7 at Rs 23,000 and Galaxy E5 at Rs 19,300.

According to Samsung the Galaxy A series is targetted at high end users who are design-conscious whereas the Galaxy E series is aimed at the younger college-going audience. India is the first country to see the launch of the Galaxy E5 and Galaxy E7 smartphones, thanks to a good run for Samsung mobile division in the Indian market in 2014. 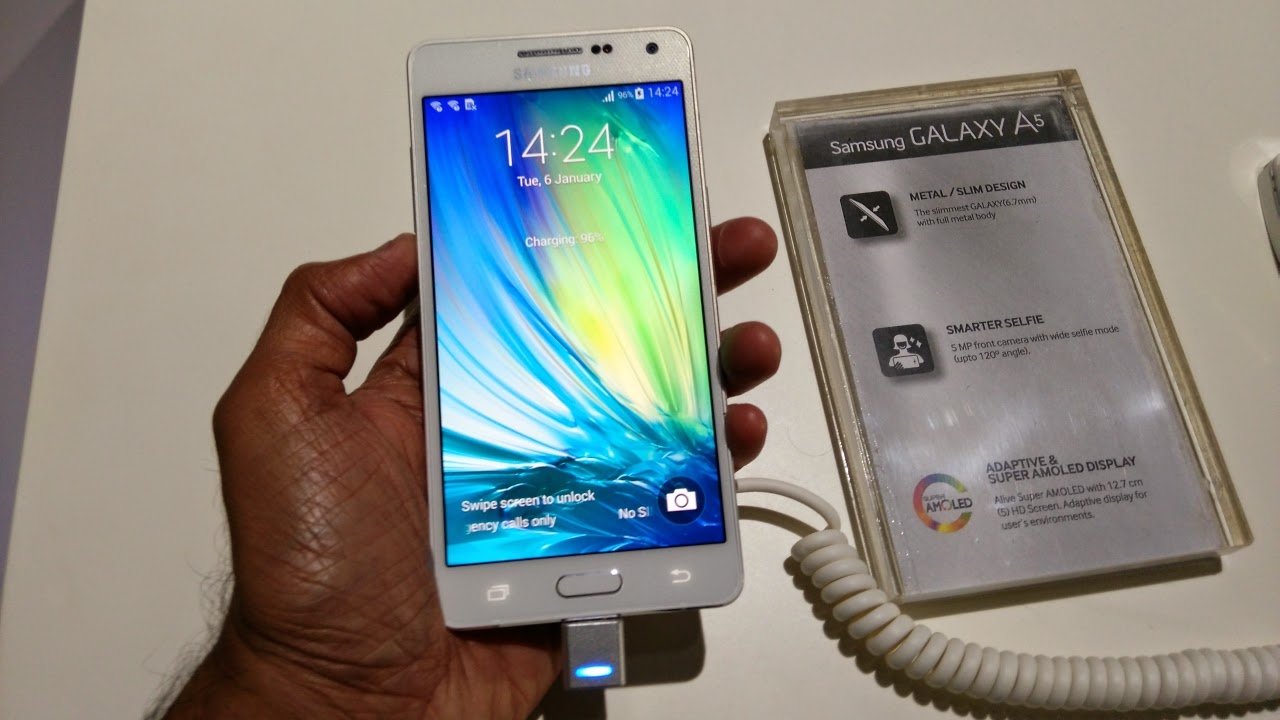 Samsung Galaxy A5 is priced at Rs 25,500 an comes with a 5-inch HD Super AMOLED display

Starting off with the higher end Galaxy A series, there are two smartphones here – the A3 and A5. Both the phones house the Qualcomm Snapdragon 410 system-on-chip which has a 1.2GHz quad-core processor. The Galaxy A5 comes with a 5-inch HD Super AMOLED display with 3G as well as 4G (LTE Cat4) support. It has 2GB RAM and comes with 16GB internal storage which is expandable to 64GB via a microSD card. It weighs a light 123 grams and is just 6.7mm thin. It is a dual SIM smartphone housing a 2,300 mAh battery with ultra-power saving mode. 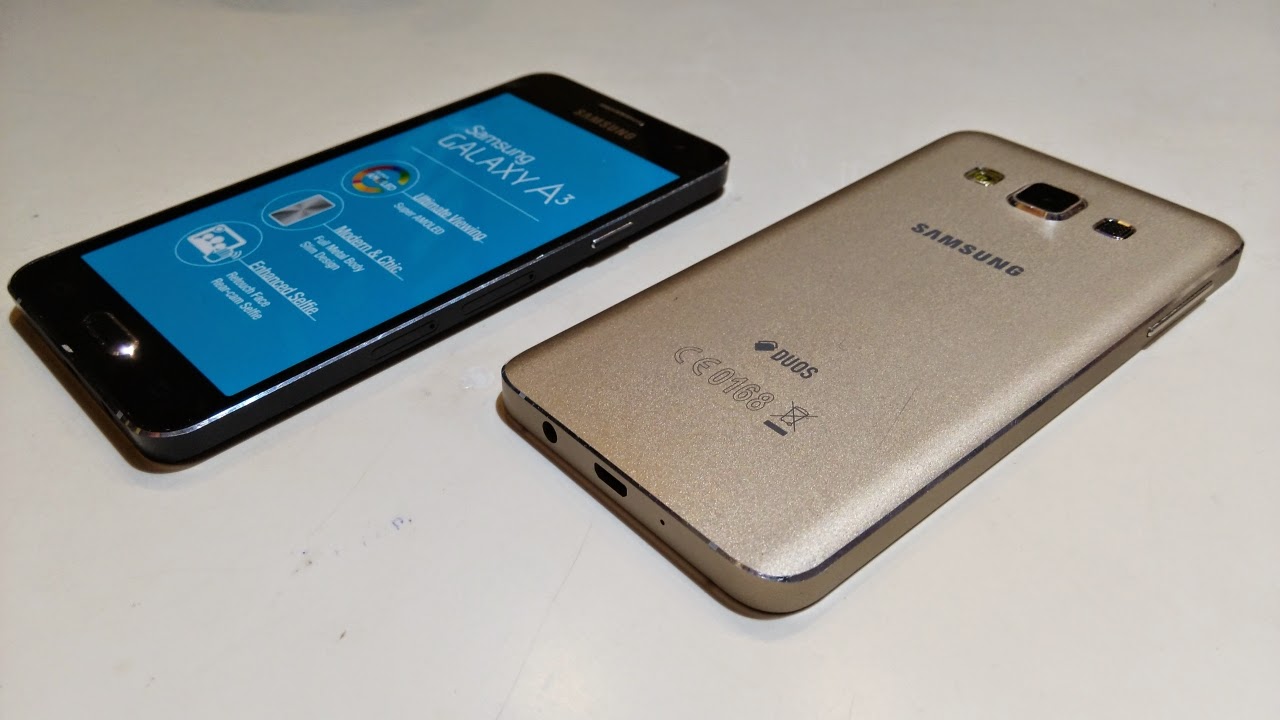 The Samsung Galaxy A3 has a 4.5-inch qHD (540 x 960) display with an 8MP rear camera and 5MP front camera. It houses 1GB of RAM and 16GB internal storage with option to expand the storage via a microSD card. The Galaxy A3 is even lighter at 110 grams and sports a 1,900 mAh battery. This is a dual SIM phone but only supports 2G and 3G bands. 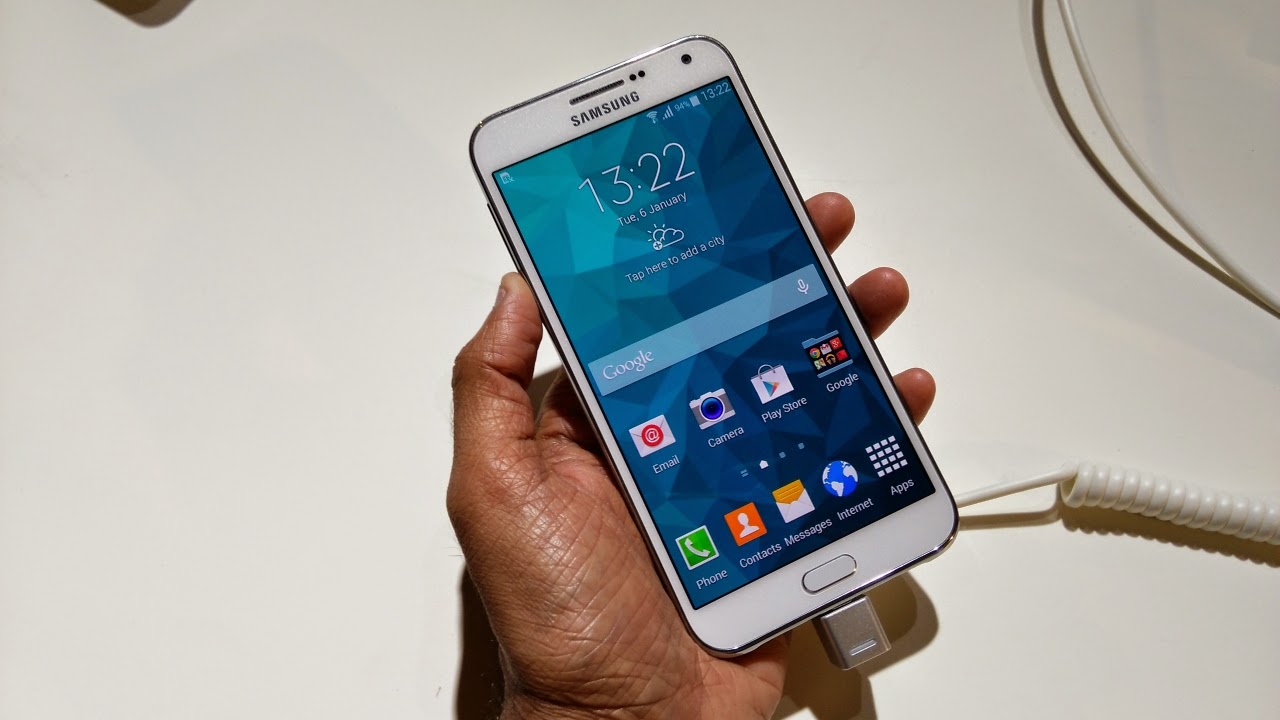 The Galaxy E series looks quite similar to many of the older Samsung plastic-body phones. Galaxy E7 sports a 5.5-inch HD Super AMOLED display whereas the E5 comes with a 5-inch Super AMOLED display. Both the phones sport the same Qualcomm Snapdragon 410 chipset with 1.2GHz quad-core processor. While the E7 has 2 GB of RAM, the E5 comes with 1.5GB of RAM. On the camera front, while both have a 5MP front-facing camera, the E7 has a 13MP and E5 has an 8MP rear cameras. Both the phones measure just 7.3mm thick and come with dual SIM support. 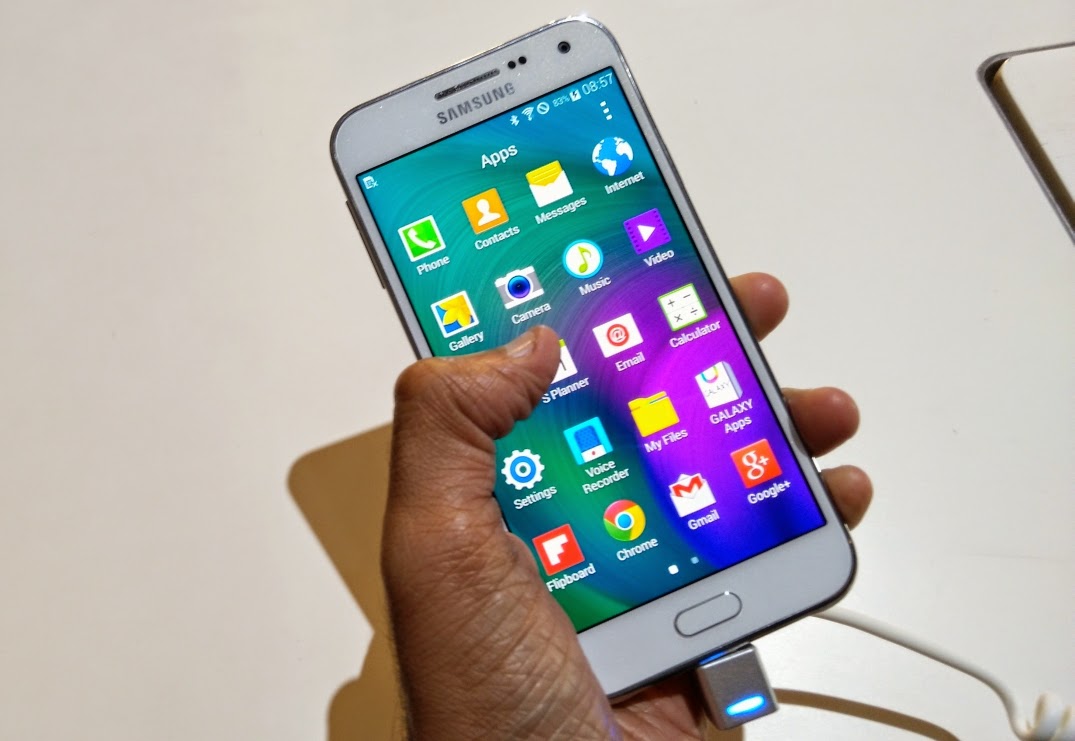 All the phones come with Android 4.4 KitKat OS with the Samsung TouchWiz UI. Samsung has decided to play the selfie-game with these smartphones and to that effect it has introduced features such as Wide selfie, animated GIF, rear-cam selfie and even beautification mode.