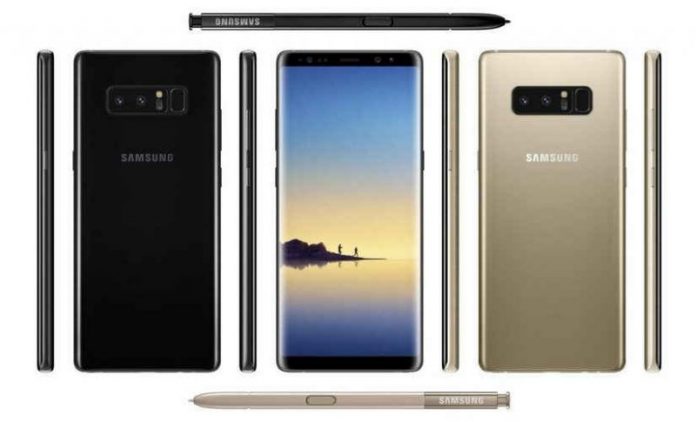 Indeed, the large number of leaks have left little to the imagination as to what the upcoming Samsung Galaxy Note8 would look like. While we have a clear idea about how the smartphone will appear, another leak today has revealed the entire hardware specifications that in all probability will make it to the phablet which will be launched on 23 August in New York.

The final Galaxy Note8 specifications list was reported by Venture Beat and comes from a person who was briefed about the device’s configuration.

Starting with the body, the Samsung Galaxy Note 8 will feature an IP 68 dust and water resistance rating as is on the currently available Galaxy S8 and S8+ smartphones. The phone would measure 62.5 mm x 74.6 mm with a thickness of 8.5 mm.

The display would be a 6.3-inch Super AMOLED unit, which makes it a tad bit larger than the Galaxy S8+. The device is said to feature more pronounced corners in comparison to the rounded corners of the Samsung Galaxy S8. So despite the same 18.5:9 aspect ratio, the display would have to stretch a bit more into the corners.

As expected, Samsung will be pairing the same Exynos 8895 chipset globally, while the US model will be powered by a Qualcomm Snapdragon 835. What has changed here, is the RAM. The Note 8 would be Samsung’s third device after the Galaxy C9 Pro and the Galaxy S8+ (128 GB variant) to feature 6 GB of RAM as standard. For now there are no hints of a high-end 8 GB RAM model. However, internal storage would remain at 64 GB with the option to expand the storage via a microSD card. 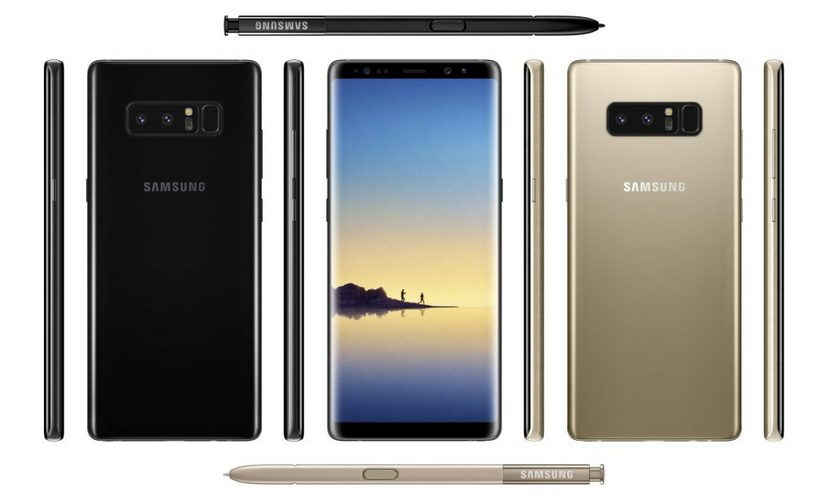 Coming to what is the expected to be the highlight of the Galaxy Note8, the camera. Samsung has said to have finally taken the leap and will be announcing its first dual camera offering with the Note 8 using two 12 MP sensors at the rear. Both cameras feature Samsung’s dual-pixel autofocus technology. However only one of these 12 MP sensors will feature an f/1.7 aperture, while the second lens offers f/2.4 aperture with 2x optical zoom. For once, both lenses feature optical image stabilisation (OIS). As for the selfie camera it features an 8 MP sensor with brighter f/1.7 autofocus lens.

Lastly, we have a fast-charging 3,300 mAh battery that can be charged both wirelessly and via the USB Type-C port.

As for the colour options there will be usual Midnight Black, Maple Gold, Orchid Grey and a Deep Sea Blue finish. The smartphone will reportedly go on sale in September this year at a price tag of 1,000 Euros.