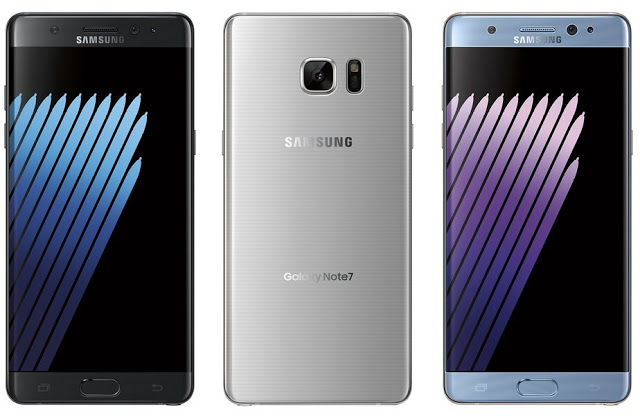 We are almost a month away from Samsung’s Galaxy Unpacked event where the company is supposed to reveal its rumoured Galaxy Note 7 flagship phablet. The leaks however, don’t seem to be stopping anytime soon. This time, an image has leaked online showing the Galaxy Note 7’s front and back panels in all their glory.

According to the image, leaked by famed tipster Evan Blass, Samsung Galaxy Note 7 will be arriving in three colour variants – Black Onyx, Blue Coral and Silver Titanium. The image also hints that the phablet will have a design largely identical to the current Galaxy Note 5. This includes everything from the dual curved screen to the S Pen.

A separate leak, coming from smartphone accessory maker Olixar, suggests the Galaxy Note 7 will also have a USB Type-C port at the bottom. The leaked image further hints towards the inclusion of an iris scanner, which in line with a lot of previous rumours. It is worth mentioning that the inclusion of USB Type-C port would also make the Galaxy Note 7 the first device in the Note series to have it. 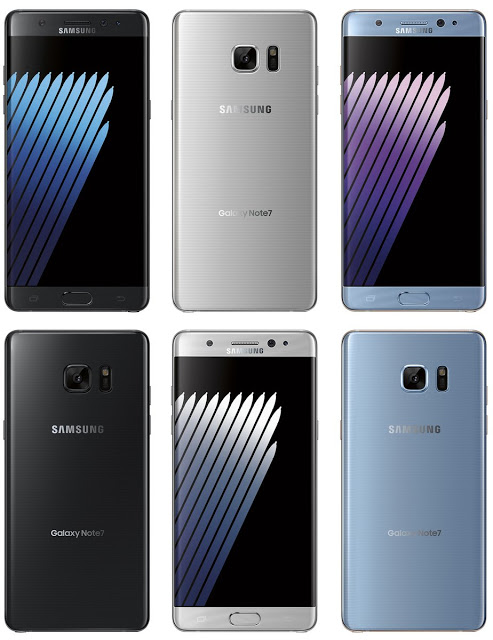 According to recent reports, the Samsung Galaxy Note 7 will feature a 5.7-inch QHD resolution Super Amoled display. It is supposed to sport 12MP rear camera along with a 5MP front-facing camera. As for the storage, the Galaxy Note 7 will house 64GB of in-built storage and will support microSD cards as well.

It has also been mentioned that the Galaxy Note 7 will arrive in two variants based on processors. While one model will boast Qualcomm Snapdragon 821 SoC, the other will feature company’s own Exynos 8893 chipset.