Samsung Galaxy Note 9 is better than the iPhone X in these 10 Ways, Read Comparison 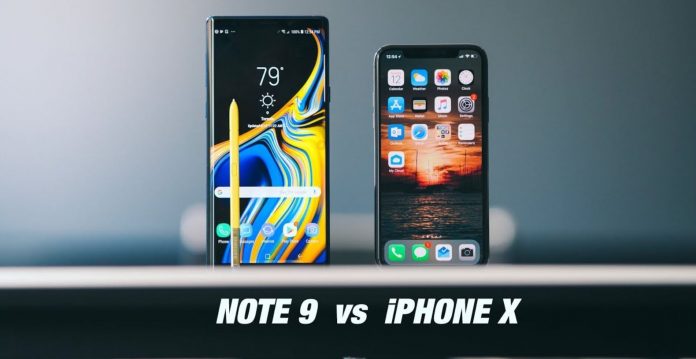 The Samsung Galaxy Note9 has a power battery of 4,000 mAh. However, 2,716 MAH batteries have been given in iPhone X.

Samsung Galaxy Note 9 features stylish S-Pen, which is great for multi-tasking. At the same time, Apple iPhone X has not given a feature like S-Pen.

Samsung Galaxy Note 9 offers free accessories of 6,000 rupees, including AKG earphones. Whereas, the basic earpod is given with iPhone X.

Samsung Galaxy Note 9 features a regular 3.5mm audio jack. However, iPhone X users have to install the connector to use the 3.5mm regular jack.