Renders of the iPhone 14 Pro show ‘Hole + Pill’ Display Cutouts: according To a Leak 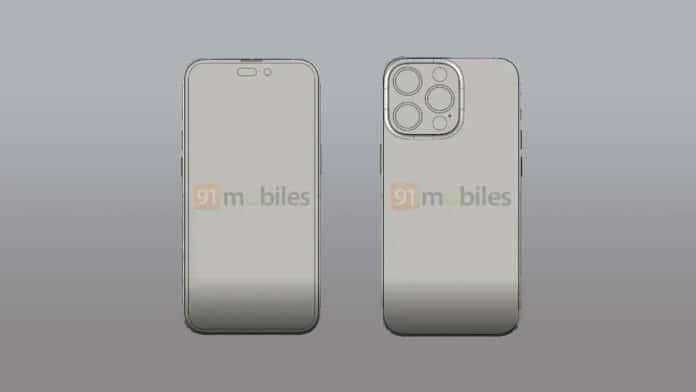 According to 91Mobiles, which cites industry insiders, CAD renderings of the iPhone 14 Pro with the punch-hole display have surfaced. These renderings, which show different viewpoints of the smartphone, are based on leaked manufacturing CAD images.

The iPhone 14 Pro’s front view, for example, reveals the whole display as well as the “hole+ pill” cuts for the Face ID sensors and selfie camera at the top. It appears to be identical to renderings we saw earlier this year. The device’s rear, on the other hand, has a square-shaped camera module with three large camera housings, similar to the current iPhone 13 Pro versions. However, prior speculations suggested that the back panel might be upgraded as well. The renderings may be seen in the image below. 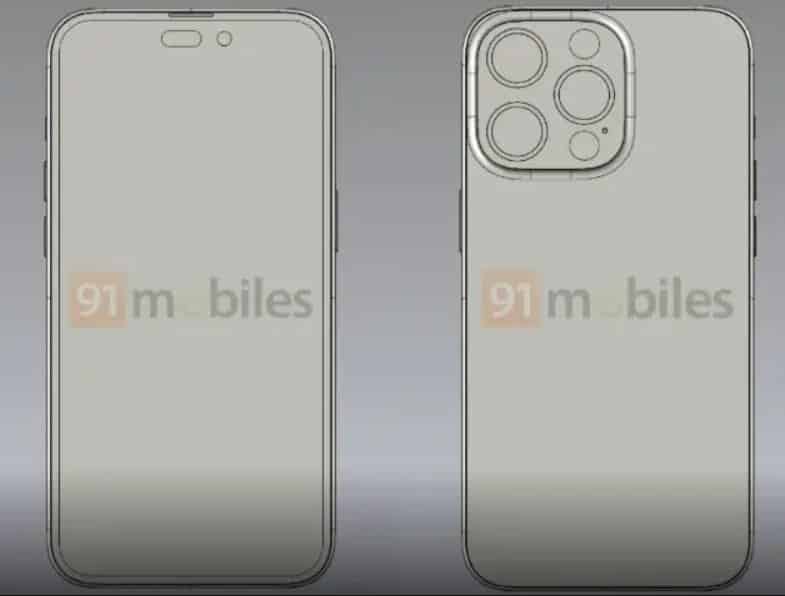 Additionally, respected tipster Max Weinbach recently came to Twitter to confirm that the iPhone 14 Pro’s “pill + hole” design is “legit.” You may see the tweet directly below.

With so many rumours indicating a change in display design for the iPhone 14 Pro, we should expect the current iPhones’ iconic bathtub-shaped notch to be phased out. However, instead of the hole and pill cuts, the lower-end iPhone 14 and 14, Max might have the same notch as the current models. In 2023, there’s a chance Apple may completely replace the notch.

The iPhone 14 Pro variants are said to be the first iPhones to include a 48MP camera, in addition to a significant overhaul in display design. Furthermore, according to a recent rumour from Apple analyst Ming-Chi Kuo, Apple’s future A16 chipset will only be found in the Pro and Pro Max editions of the next iPhone 14 series. The A15 Bionic SoC from last year will be used in the lower-end versions. However, all iPhone 14 models are likely to come with a 120Hz ProMotion display this year.

This year’s iPhone 14 series is likely to have a variety of new camera advancements (potentially including a periscopic lens), battery improvements, and more. So, what are your thoughts on the iPhone 14 Pro’s hole and pill display cutout? Is it more appealing to you than the present notch design? Let us know what you think in the comments section below.