Relive your life on Facebook with personalised ‘Look back’ videos 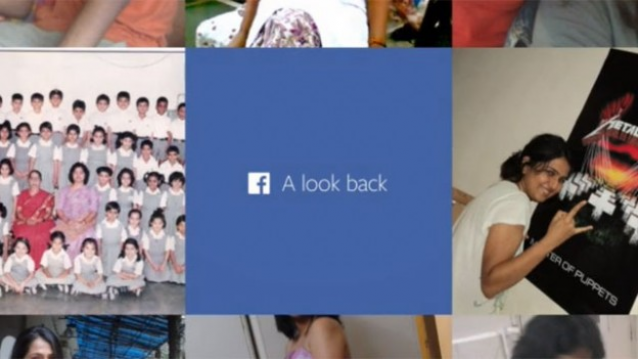 Facebook has turned 10 and the celebrations don’t stop. While Zuckerberg & Co are taking a walk down the memory lane, reminiscing about their time at Facebook, the social networking service is letting users relive some of their own memories of their time on the site.

Facebook has released a tool called Look Back that will get to you a personalised collage video of your years on the social networking website. It essentially acts as a thank you card from the company to its users. The video is signed by “Mark and the Facebook team”.
The video is just about over a minute and contains – obviously – photographs you’ve put up and shared over the years. The video will also contain information like when you joined Facebook and what your most liked stories have been over the years. A great way for you to relive your Facebook memories.
Pro tip: You could be accosted with images you would rather not see, like the time when you put up an awkward picture and the one with your ex-girlfriend. Privacy settings take a bit of a backseat here since the video is essentially meant for you alone. Besides the privacy question, you can also not choose what images appear in the video.
Facebook has earlier released the Year in Review tool at the end of a couple of years but never in a video form. The Year in Review tool puts together some of your most shared stories and images in a Time Line format and lets you share it too. Sadly enough, you cannot share the video Facebook has created for you, keeping it a personal affair between you and Zuckerberg.
To get started and see your video, head on to Facebook’s Look Back page and view your moments from over the years.