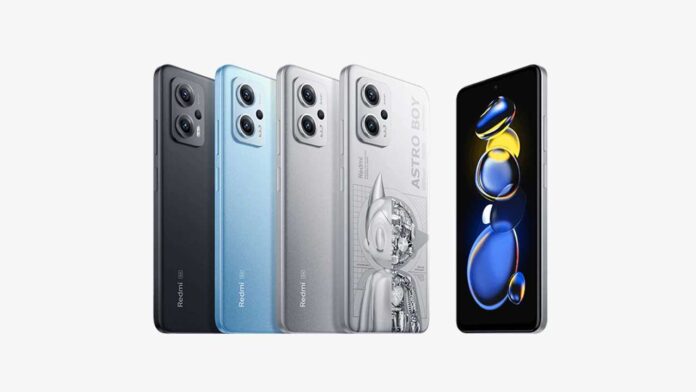 The Redmi Note 11T Pro+ has a design similar to the Realme GT 2, with a rectangular camera bump and large camera housings at the rear. The phone has a 6.6-inch Full HD+ LCD display with a refresh rate of 144Hz, HDR10, DCI-P3 color gamut, DC Dimming, and Dolby Vision compatibility. The display is certified by DisplayMate A+, which is a first for a phone with an LCD display panel.

It has a MediaTek Dimensity 8100 CPU, as well as up to 8GB of LPDDR5 RAM (the first for a Redmi phone) and 512GB of storage. The phone includes a 4,400mAh battery with 120W rapid charging, which claims to power the phone to full capacity in just 19 minutes. For quicker charging and extended battery life, the battery is coupled with the P1 microprocessor.

There’s a 64MP primary camera with a GW1 sensor, an 8MP ultra-wide lens, and a 2MP macro camera on the camera front. The front camera has a resolution of 16 megapixels. Magic Clone, Magic Sky Change, Video Super Anti-Shake, AI Beauty, Night Mode, and 4K video capability are just a few of the camera options available to us.

The camera section is also the same, with 64MP triple rear cameras. The Redmi Note 11T Pro, like the Pro+ model, has twin stereo speakers, IP53 water and dust protection, NFC, 5G, and other features. The biggest distinction is the battery. It has a larger 5,080mAh battery yet supports 67W rapid charging.

The Redmi Note 11T Pro series is available in Atomic Silver, Time Blue, and Midnight Black colors, and it runs MIUI 13 on Android 12.

Xiaomi also announced the new Redmi Buds 4 Pro, which features 43dB Active Noise Cancelation (ANC). The completely wireless earphones use Bluetooth 5.3 and have a latency of 59ms. The audio device has a playback time of up to 36 hours, 360-degree audio, and IP54 water and dust resistance.

The Redmi Note 11T Pro series starts at CNY 1,799 (the introductory price is CNY 1,699) and is available in a variety of RAM+ Storage configurations. Here’s a breakdown of the costs.