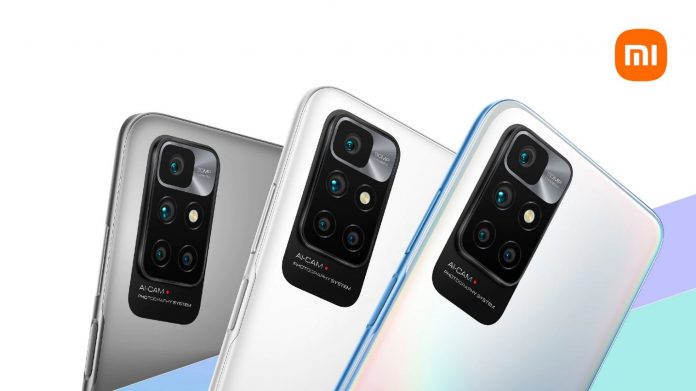 The Redmi 10 Prime launch is reported to be a repackaged Redmi 10 that went on sale earlier this week all across the world.

Xiaomi Global VP Manu Kumar Jain teased the Redmi 10 Prime on Twitter with a mysterious post. After receiving all of the required approvals, the phone is anticipated to be released in the nation soon. It’s thought to be a repackaged Redmi 10 that went on sale earlier this week in China. In the tweet, Jain does not specify which phone he is referring about, nor does he provide a launch date. The Redmi 10 Prime will be the first Redmi 10 series phone to be released in India.

Manu Kumar Jain teased the forthcoming Redmi 10 Prime on Twitter. While the tweet does not disclose the phone’s name, it does give a series of prime digits. Jain’s Twitter handle has also been altered to a series of prime digits. The sequence of numbers provided in the tweet reads out “great entrance of the superstar Redmi” when the first 26 prime numbers are converted to alphabets. This implies that Jain is teasing the Redmi 10 Prime, although there is no mention of a debut date in the tweet.

If it turns out to be a rebranded Redmi 10, we’ll have a good sense of what to anticipate in terms of specifications from the Redmi 10 Prime. It might have a 6.5-inch full-HD+ (1,080×2,400-pixel) AdaptiveSync display with a refresh rate of 90Hz. It might be powered by the MediaTek Helio G88 SoC, with up to 6GB of RAM and 128GB of internal storage.

In terms of optics, there might be a quad back camera arrangement with a 50-megapixel primary sensor, an 8-megapixel ultra-wide-angle sensor, and two 2-megapixel cameras for macro and depth. The 10 Prime might ship with a 5,000mAh battery that supports 18W fast charging and 9W reverse wired charging.

Xiaomi has not released any information on the rumored Redmi 10 Prime, although it is likely to be launched shortly.