Realme TV will be the first to enter India, the company revealed 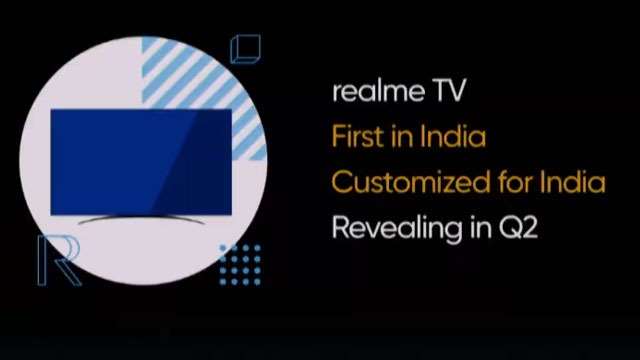 Realme TV: Realme has launched its most awaited smartphone Realme 6 and Realme 6 Pro in the Indian market today. Along with this, the company has also launched Realme Band in India keeping in the fitness band segment. The company organized its launch event through online streaming because of coronavirus. In this event, along with launching its new device in the market, the company also shared important information related to Realme TV.

Before starting the launch of Realme 6 and Realme 6 Pro, Realme CEO Madhav Seth informed that the company is going to bring Realme TV to the market soon. The special thing is that Realme TV will be launched in the Indian market first. However, Madhav Seth did not reveal its launch date or features. But this information is given that the company is planning to bring many more new devices in India.

Madhav Seth told during the launch event that Realme is planning to add many devices to its portfolio. Through Realme Band, the company has stepped into the wearable segment and is also about to launch Realme TV soon. Apart from this, the company is also preparing to enter the smart home category. Also included soon are Realme’s smart speakers, soundbar, and smart home applicant.

By the way, let us know that Realme Band has been made available for sale in India from today, its price is Rs 1,499. At the same time, Realme 6 will be available for sale in the Indian market from 11 March to noon. Its starting price is Rs. 12,999. Talking about Realme 6 Pro, this smartphone will go on sale from March 13 and it can be purchased with an initial price of Rs 16,999. Please tell that both these smartphones will be available on online and offline platforms.