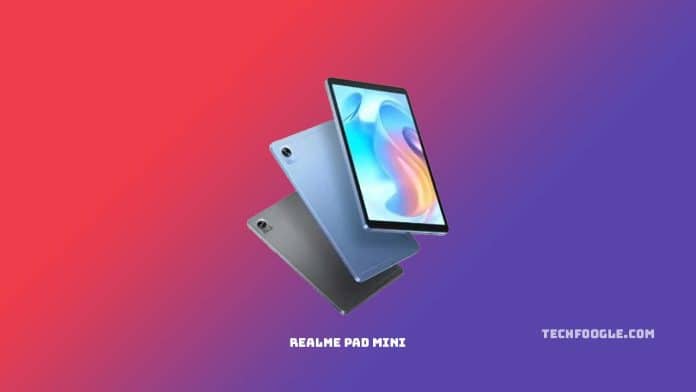 Realme first entered the tablet market with the Realme Pad last year, and reports regarding its upcoming tablet, the Realme Pad Mini, began circulating online shortly after. The Chinese company has introduced the Realme Pad Mini tablet in the Philippines today, putting a stop to the leaks and speculations. It has a small form factor, a Unisoc chipset, and can connect to the internet through 4G. Before we get into the cost and availability, let’s take a closer look at its major characteristics and features.

To begin with, the Realme Pad Mini is a little tablet that is easy to transport and is just slightly larger than huge smartphones such as Samsung’s 6.8-inch Galaxy S22 Ultra. It sports a unibody chassis made of aluminium alloy, weighs 372g, and is just 7.59mm thick.

The Realme Pad Mini has an 8.7-inch HD+ (1340 x 800p) IPS LCD display with an 84.6 % screen-to-body ratio, a 5:3 aspect ratio, and Sunlight Mode compatibility. The Mini’s display is substantially smaller than the normal Realme Pad’s 10.4-inch screen. On the front, there is also a 5MP selfie camera. The tablet has a single 8MP camera on the rear that can capture 1080p movies at 30FPS, as well as a Realme logo on the bottom right.

The Realme Pad Mini is powered by a Unisoc T616 CPU with up to 4GB of RAM and 64GB of internal storage. A dedicated microSD slot allows users to extend the capacity up to 1TB. There is also a 6,400mAh battery unit inside that enables 18W rapid charging. The smartphone also supports reverse charging technology for charging wireless accessories.

Aside from these features, the tablet has twin stereo speakers, 4G network compatibility, a USB-C connector for charging and data transmission, and a 3.5mm audio combo jack. It supports Wi-Fi 802.11ac and Bluetooth 5.0 technologies for wireless communication. The Realme Pad Mini comes in two colour options – Gray and Blue – and runs the Android 11-based Realme UI for Pad out of the box.

In terms of pricing, Realme has released two storage options for the Realme Pad Mini: a 3GB + 64GB model and a 4GB + 64GB edition. Take a look at their pricing below.

In terms of availability, the Realme Pad Mini will be available for purchase in the Philippines on the Lazada e-commerce platform beginning April 5 at midnight. Customers who order the Realme Pad Mini early will also receive special discounts and deals on both variants.