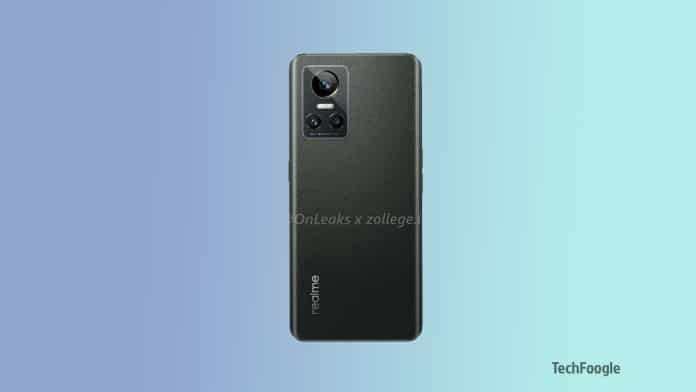 Realme GT Neo 3 Specs Leaked: Realme just revealed the release of the Realme GT Neo 3, a successor to the GT Neo 2, with the newest MediaTek Dimensity 8100 processor and 150W fast-charging capabilities. The smartphone is expected to be launched in the second half of 2022, but before then, a GT Neo 3 specifications sheet has leaked online. Here are the specifics:

The Realme GT Neo 3 Specs Sheet Has Been Leaked

The Realme GT Neo 3 is expected to have a 6.7-inch OLED display with a Full HD+ resolution, according to tipster Yogesh Brar. The screen, like the one on the GT Neo 2, will support a 120Hz refresh rate display, 10-bit colour depth, and HDR10+ Screen.

There will be three back cameras: a 50MP primary snapper with a Sony IMX766 sensor and OIS capability, an 8MP ultra-wide lens, and a 2MP tele-macro camera. The primary sensor may also be found in smartphones such as the Realme GT 2, the Oppo Find X5, and others. A 16MP front-facing camera for selfies and video calls is expected.

The smartphone will also be powered by a 4,500mAh battery. Furthermore, it has been revealed that it will support Realme’s recently released 150W UltraDart rapid charging technology. This technology can charge the battery to 50% in about 5 minutes and includes the “Ultra Heat Management” algorithm to manage heat and throttling difficulties.

The Realme GT Neo 3 is said to run Realme UI 3.0 on Android 12, feature 5G support, and be priced in the premium mid-range category. However, such things remain hidden beneath the curtain. We also don’t know if the phone will be based on its predecessor’s design or will have a new one.

More information about the GT Neo 3 is likely to be released by Realme in the following days. Until then, remain tuned to us for all the latest information. In related developments, Realme just launched the GT 2 series in worldwide markets, and we should anticipate it to arrive in India shortly.

Realme launched the GT Neo 3 at MWC 2022 and stated that the phone would be available in the second quarter of the year. However, we do not yet have a Brand launch date.

Realme has not released the pricing of the Realme GT Neo 3. We expect it to be priced aggressively in the Indian market, based on its historical pricing history. To remember, the Realme GT Neo 2 was launched at a starting price of Rs 31,999. As a result, we may expect the forthcoming model to be priced under Rs 35,000.