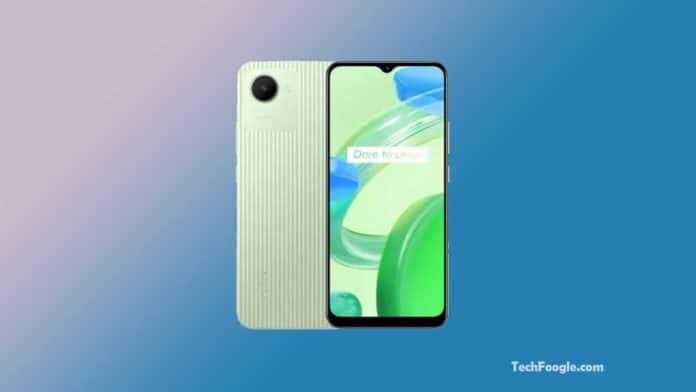 The Realme C30, an entry-level smartphone, has been launched in India; here are the specifics.

In India, Realme has introduced the Realme C30, a new phone in its cheap C series. The phone joins the Realme C31 and C35 phones, which were recently released in the nation.

Despite being a low-cost phone, the Realme C30 has an appealing appearance. It has an ultra-slim vertical stripe pattern and is marketed as the lightest and slimmest in its class. It is available in three colors: Lake Blue, Bamboo Green, and Denim Black.

The phone comes with a 6.5-inch HD+ display with an 88.7% screen-to-body ratio and a waterdrop notch. The Unisoc T612 SoC lies at the heart of everything, together with up to 3GB of RAM and 32GB of UFS 2.2 storage. A memory card may be used to enhance the internal capacity by up to 1TB.

There is a single 8MP AI back camera and a 5MP selfie camera on the front. Portrait mode, HDR, Beauty mode, Time-lapse, Super Night mode, and other camera capabilities are all supported. A 5,000mAh battery powers the Realme C30, which supports 10W rapid charging.

Other features include two SIM card slots, Bluetooth version 5.0, GPS, a 3.5mm audio connector, and more. Unfortunately, it just has a Micro-USB charging port! It also runs Realme UI Go Edition, which is based on Android 11, which is a letdown.

On June 27, it will be available for purchase through Realme’s website, Flipkart, and prominent retail outlets.