Breaking News
Home / News / Rajeev Suri: All you need to know about India-born next Nokia CEO

Rajeev Suri: All you need to know about India-born next Nokia CEO 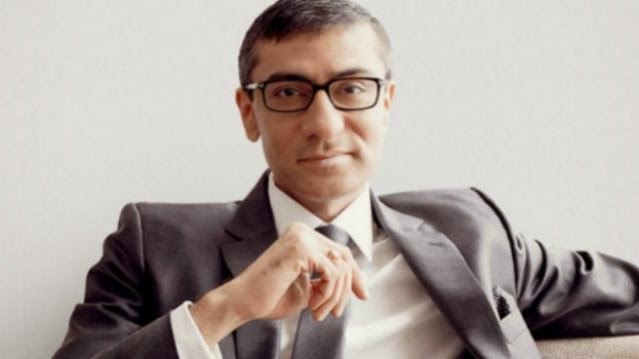 Nokia today announced 46-year-old India-born Rajeev Suri will be its new CEO. Suri had been the leading candidate for the position, ever since it was known that there will be a re-organisation within Nokia post the Microsoft takeover.

“I am honored to have been asked to take this role, and excited about the possibilities that lie in our future. Nokia, with its deep experience in connecting people and its three strong businesses, is well-positioned to tap new opportunities during this time of technological change. I look forward to working with the entire Nokia team as we embark on this exciting journey,” Suri in a statement released by the company.

So who is Nokia’s new CEO? Suri was born in India in 1967, but was raised in Kuwait. He holds a B. Tech degree from the Manipal Institute of Technology, India. Coincidentally, Microsoft CEO Satya Nadella is also an alumnus of MIT. It should be noted that Suri is one of those few executives who have risen to the top without an MBA degree.

Suri joined Nokia in 1995. His first major posting came when he served as the Head of Asia Pacific at Nokia Siemens Networks from April to August, 2007. He was also Senior Vice President, Asia Pacific, Nokia from February 2005 to March 2007.

From 2009 onwards, he headed the Nokia Solutions and Networks division (previously known as Nokia Siemens Networks). According to a Reuters report, Suri is credited with turning the unit around, and last year it contributed most of the 12.7 billion euro ($17.58 billion)turnover Nokia made from its continuing operations.

According to a BusinessWeek profile, Suri has worked in Nigeria before he joined Nokia for the Churchgate Group. He also worked for the RPG Group, and ICL in India and was a production engineer at Calcom Electronics in 1989, when he had just graduated from college.

Nokia’s deal with Microsoft has gone through and the mobile division now belongs to the latter. Nokia will now focus on three core business divisions, the Here mapping service (which Microsoft will license for four years under the deal), its infrastructure division Nokia Solutions and Networks (NSN), and on developing and licensing its advanced technologies.

Suri has worked across the board from production to handling key divisions and has done well for Nokia’s NSN unit. So it seems natural that he was chosen for the top job.  How well he manages Nokia, of course, remains to be seen.

@techfoogle
Previous Microsoft to launch Xbox One in China this September after lifting of ban
Next Mozilla Firefox 29 gets Chrome-inspired Australis redesign, customisation tools