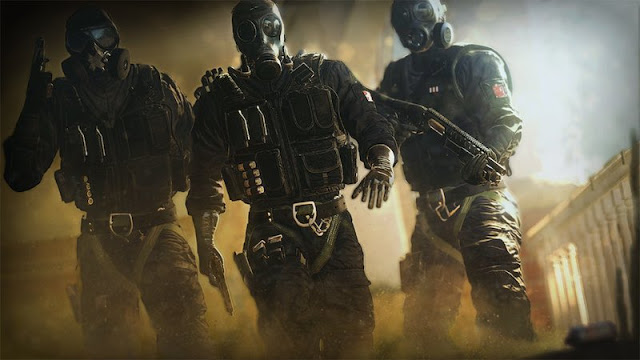 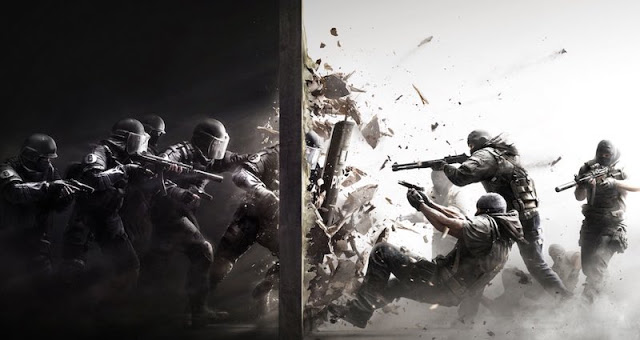 In a year dominated by twitchy first-person shooters that rely on reflexes and instinct such as Call of Duty: Black Ops 3 and Halo 5, Rainbow Six Siege is a breath of fresh air for fans of multiplayer shooters.

Based on the Tom Clancy series of the same name, it pits you against human opponents in a slew of match types. As you play, you’ll gain access to a host of operators – soldiers with unique tech such as being able to track enemies’ locations by their heartbeat or reviving team mates. There is a single-player mode, but it’s nothing more than a short tutorial, which does little more than introduce you to the game mechanics, and prepare you for multiplayer which makes up the chunk of Rainbow Six Siege.

The first thing you’ll notice about this game is the change in pace. It isn’t as zippy as other shooters, yet despite how heavy the armour on your character appears to be, death comes quickly. Each match becomes a frantic scurry to get behind slowly disintegrating cover (you can shoot through walls and other environmental barriers) and reliance on coordination and steady aim.

Movement is nowhere close to the speed of most modern day shooters. This is a good thing because it makes each moment in the game count. Coupled with guns that have a unique sense of weight, feel, and recoil, along with a host of slick gadgets at your disposal, it makes pre-match planning extremely important 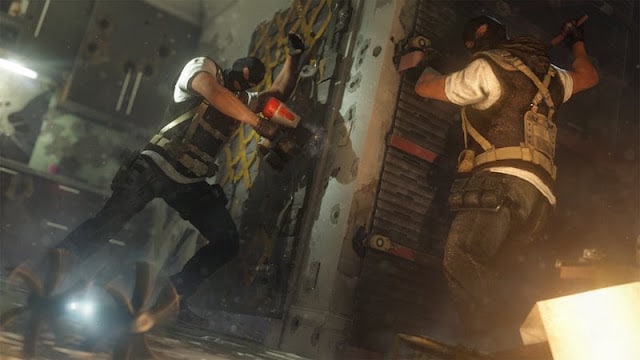 At its core, Rainbow Six Siege is a tense, cerebral experience where victory is hard-won. The problem is that everything else appears to be an afterthought.

While the lack of a proper single-player campaign is nothing new, what with Star Wars Battlefront, and Titanfall adopting the same approach, its absence is all the more glaring in Rainbow Six Siege. With the amount of detail that’s gone into the design of each operator and the legacy of the Tom Clancy series of games, Ubisoft could have done more than throw in a few tacked-on tutorials to explain the ins and outs of how it plays, instead of a real campaign. What’s worse is how boring these single-player levels are. We won’t be surprised if many ignored them altogether and jumped straight into multiplayer. Unfortunately, multiplayer has some issues too.

For one thing, player progression in multiplayer isn’t what it should be. Playing matches earns you Renown, an in-game currency you can use to unlock different operator (character) types. There are 20 to obtain as you play. Weapon upgrades, to reduce recoil or to enhance your gun’s range, also require you to use Renown. The catch is that Renown is hard to come by, and even if you win a vast majority of your matches, obtaining access to most of the game’s pricier unlockables is nigh impossible.

It feels like Ubisoft is trying to lock progress behind a paywall, as earned currency is never enough to actually make your character better. These are for boosters, credits, or even gun skins. 1200 credits works out to Rs. 760 on the Xbox Store and there’s a season pass as well that will set you back by Rs. 1,300.

Considering that this game costs Rs. 1,799 on PC, and Rs. 3,499 on the PS4 and Xbox One, the last thing you want to feel is that you are being forced to pay more to play the game as you should. Decisions like these ruin an experience that has the potential to be better than most.

Apart from this, the game sports a host of multiplayer modes that have you defusing bombs, rescuing hostages, and securing biohazard material. All of these sound great on paper but the reality is that each match quickly devolves into a kill or be killed scenario not too dissimilar from a round of Counter-Strike. There’s very little reason to bother with match objectives when you can win just as easily by killing the opposition. This makes the game feel more threadbare than it already is in terms of content.

Thankfully matchmaking and latency – two major concerns with the games multiple open betas – have been rectified. Getting into a match is easy and the experience has been devoid of lag. Though its visuals won’t win any awards, its production values manage to portray the needed sense of grimness and tension with aplomb.

As it stands, Rainbow Six Siege is a game with some fantastic moments brought about by smart design choices. The problem is, everything else around it isn’t what it should be, making this an experience you can postpone till an inevitable price drop.