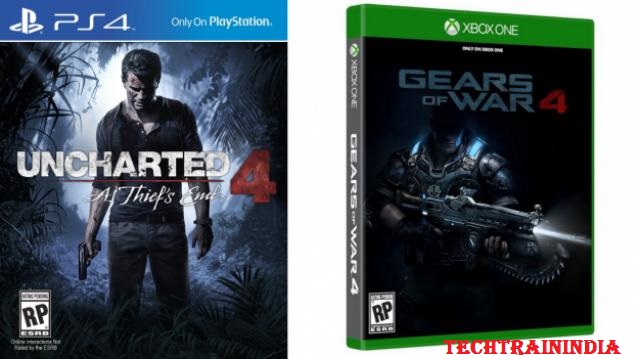 Video games industry is getting bigger every passing day. It has already dwarfed Hollywood in terms of record-breaking revenues. With the dawn of 2016, we can only expect the things to get bigger and better. More than anything, this holds true for the shooter genre. So let us see the list of blockbuster gun-slinging games to watch for out next year.


Remedy, the Finnish studio behind the excellent titles such as Max Payne and Alan Wake, has been working on Quantum Break for years. The third-person shooter (TPS) features intriguing gameplay that allows the protagonist stop time to fight the enemies. Apparently, he accidentally acquires the superpower due to a failed time-travel attempt. Originally scheduled to launch in 2015, the Xbox One exclusive title is now set to hit the stores next year. Too bad, the developers can’t manipulate the time where it matters the most.


Naughty Dog’s flagship game is making a return to take full advantage of the PS4’s capabilities. For those not in the know, Uncharted is an excellent third person shooter with a mix of action adventure elements. It is almost like Tomb Raider meets Gear of Wars. So far, Uncharted has managed to deliver impressive graphics, strong characters, witty dialogue, and engaging gameplay in every instalment. Looking at the latest gameplay trailer, Uncharted 4 looks even better. Don’t take my word for it, check out for yourself.


Set on a fictional Earth-like planet Sera, the Gears of War is one of the best shooter franchise for a console. The alien-slaughtering game is best known for its explosive action and excellent cover mechanics. Oh, did I mention the Mark 2 Lancer? An assault riffle with a gasoline powered chainsaw. After acquiring the rights from Epic Games, this will be the first Gears of War game developed by Microsoft’s in-house studio coalition. You bet, they are going to utilise the Xbox One’s power in a right way.


The ruthless first person shooter set in exotic locations is making a comeback. So far in the series, you are mostly detached from the modern world, but this time around, the world as we know it does not exist. The FPS is set in the Mesolithic period. That’s over tens and thousands of years back in time. Using primitive weapons, you face enemies such as mammoths and sabretooths. As usual, weapon crafting will play a major part in your survival.

Platforms: Microsoft Windows, PS4, Xbox One
The big daddy of all First Person Shooters, Doom dates back to 1993. With a brand new engine, hell looks incredibly hellish in the latest iteration. The best part is that Bethesta hasn’t fiddled with the incredibly gory twitch gameplay. The beloved shotgun dubbed as Pinky is also making a comeback. Hit play, to watch the first gameplay trailer that showcases raw action and gunplay.


Who doesn’t like the beaches and sunshine? Well, if you also happen to be a zombie fan, the Dead Island is tailored for you. The open world game offered incredibly fun gameplay with twisted humour. Gameplay showcased in 2011, suggested the sequel to be more vibrant. However, it got stuck in the development hell for years. Finally, with an undisclosed developer on-board, the publisher Techland has promised to release the title in 2016.

Platforms: Xbox One (Xbox One exclusive)

This third-person shooter revolves a super-soldier who fights crime. That’s almost like every other video game. However, what sets it apart from the crowd is clever use of destructible environments in the gameplay. Almost every inch of the city in this game is destructible. As you can see in the trailer, Crackdown 3 looks as if it is developed by Michael “explosive” Bay.

Diwali 2014 buying guide: Gaming consoles with games to get this Diwali – See more at: http://techtrainindia.blogspot.in/search?q=uncharted+4#sthash.kJUoMYpy.dpuf