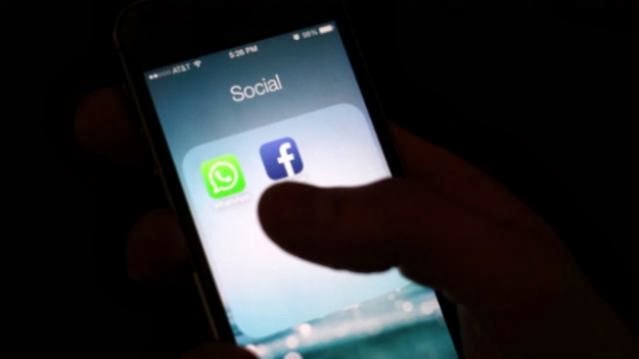 How Facebook plans to use WhatsApp’s data (Image credit: AP)

Privacy advocates have asked US regulators to halt Facebook Inc’s $19 billion acquisition of messaging service WhatsApp until there is a clearer understanding of how the company intends to use the personal data of WhatsApp’s 450 million users.

WhatsApp, a service that allows mobile phone users to send each other messages, has had a longstanding commitment to not collect user data for advertising purposes.

But there’s no guarantee that that commitment will hold true once the service becomes part of Facebook, according to the filing to the Federal Trade Commission by the Electronic Privacy Information Center and the Center for Digital Democracy, both non-profit groups.

The complaint asks regulators to investigate the deal “specifically with regard to the ability of Facebook to access WhatsApp’s store of user mobile phone numbers and metadata.”

Facebook, the world’s No.1 social network with 1.2 billion users, generates the majority of its revenue by showing ads that target users by age, gender and other traits.

“As we have said repeatedly, Whatsapp will operate as a separate company and will honor its commitments to privacy and security,” Facebook said in a statement in response to the filing. The FTC declined to comment.

Facebook stunned the technology industry last month when it announced its intention to buy the five-year old WhatsApp for $19 billion in cash and stock. WhatsApp does not show ads on its service, charging some of its users a $1 annual fee to use the service.

WhatsApp stores users’ mobile phone numbers, but unlike many online services, it does not collect user names, emails, and other contact information.

“WhatsApp users could not reasonably have anticipated that by selecting a pro-privacy messaging service, they would subject their data to Facebook’s data collection practices,” reads the filing.