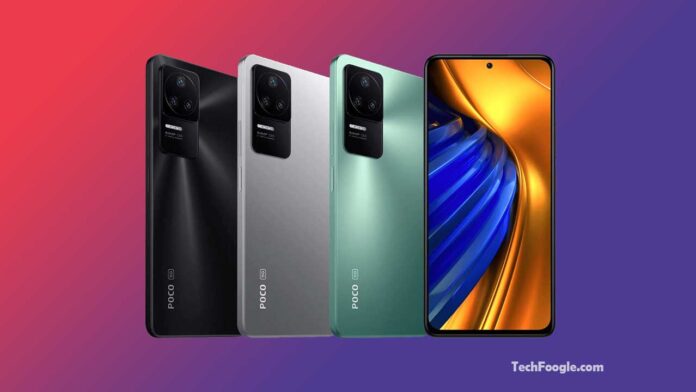 Poco just stated that the Poco X4 GT and Poco F4 would be available internationally on June 23. Since then, the firm has started sharing details on both devices, and we now know about their displays and quick charging capabilities.

Starting with the Poco X4 GT, which will be an upper mid-ranger, the company has revealed that the phone would be powered by the MediaTek Dimensity 8100 processor. It is also verified to feature 67W rapid charging technology and has a 144Hz LCD display.

With 67W turbo charging and a long-lasting battery, immerse yourself into a new era for your mobile experience.#AllTheStrengths #POCOF4 #POCOX4GT pic.twitter.com/uwAYWxcG5B

Other specifics about the Poco X4 GT are still unknown, however, it’s thought to be a rebadged version of the Redmi Note 11T Pro, which was just released in China. It will include a 6.6-inch display, 64MP triple back cameras, a 5,080mAh battery, and other features if this is the case.

The Poco F4, on the other hand, will have a 120Hz AMOLED display and, as previously stated, will be powered by a Snapdragon 870 CPU. It will also be able to charge at a rate of 67W. The Poco F4’s design, which is similar to the Redmi K40S and even the Redmi K50 phones, has also been verified by the company.

It is anticipated to be renamed Redmi K40S, for those who are unaware. It also has a 64MP primary camera with OIS, which was previously speculated. The Redmi phone will include a 48MP primary camera, which sets it apart from the other smartphones.

Other facts, like the pricing, are yet unclear. We’ll have to wait until June 23 to learn more about both Poco smartphones, but we’ll keep you posted.