There are three screen sizes available in the Philips 7900 series: 55-inch, 65-inch, and 77-inch. All three versions have a 4K Ultra HD LED bezel-less display with Ambilight compatibility, which features LEDs on the panel’s three sides that may cast colors on the wall for an aesthetically pleasant ambient light setting. This will improve the visual and gaming experience.

They run Android TV OS and provide access to the Google Play Store, which has a wealth of apps. Google Assistant and Google Chromecast are also supported. You may also view online content on OTT services such as Netflix, Amazon Prime, Disney+ Hotstar, and others. 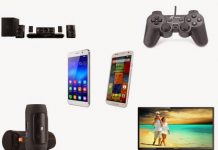