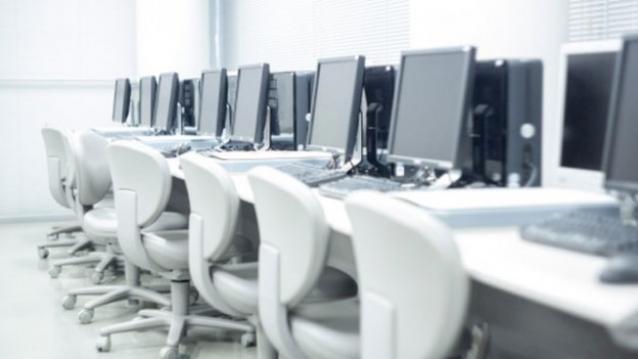 There are close to a billion mobile phone connections in India today, yet this so-called digital revolution has not enabled children to receive state-of-the-art education, youth to get skilled and find new-age jobs, or the country to create more intellectual property.

Countries globally have realised that creativity, education and employability require devices with greater intelligence than mobiles — and those machines still happen to be personal computers (PCs) and laptops, a top executive from global printing and personal computer major HP Inc. told IANS in a free-wheeling interview here.

“At the moment, the penetration of PCs is just eight per cent in India. Other countries are well ahead and are becoming ‘knowledge capitals’ by taking PCs and laptops to the last man in the queue. If we want India to become a knowledge powerhouse, we have to migrate towards larger devices and they are PCs and laptops,” said Rajiv Srivastava, Managing Director, HP India.

There is, of course, a sense of awareness about this in government circles. However, much has to be done at a time when global PC shipments have been declining consistently for more than eight quarters, although gaining in India, albeit slowly.

The PC industry overall has either been stagnant or moving up and down marginally for quite some time.
“Firstly, we managed to grow because of our strong focus on products which are relevant for India. We launched several devices in tune with the government requirements,” Srivastava told IANS.

The second strategy that helps HP Inc is its go-to-market approach. Not just the top 10 cities, the company is equally focussed on gaining a foothold in smaller towns, both through partners and opening more retail stores.

The third strategy that works for HP Inc in India is its “connect” with the young user base.

“One of the points we have seen in millennials is that they always prefer digital as a medium which means we should have our way of reaching to them in a digitally-enabled manner,” added the executive.

“We make sure that we are taking our digital outreach to them in a way in which they relate to. The youth are fiercely independent and they have minds of their own. They believe in what they do and what they say. And we have to respect that as we go digital,” he added.

In the printer domain, says Srivastava, there is going to be a migration which is going to happen to services.
It is true for both printers and PCs. There will be an accelerated shift towards everything as a service, hence PC-as-a-service and print-as-a-service phenomenon is real now.

“I almost hear an explosion in the printers’ space now. With the world of printing becoming easier and cheaper, you will find people achieving a comfortable level with the devices. We now have small, hand-held printers and super-looking printers for them,” he added.

Not just strengething its core business of PCs and laptops, HP India is now looking at nurturing start-ups, entering the ever-growing industry of virtual reality (VR) and augmented reality (AR) and video gaming — things that will chart the future of technology in India.