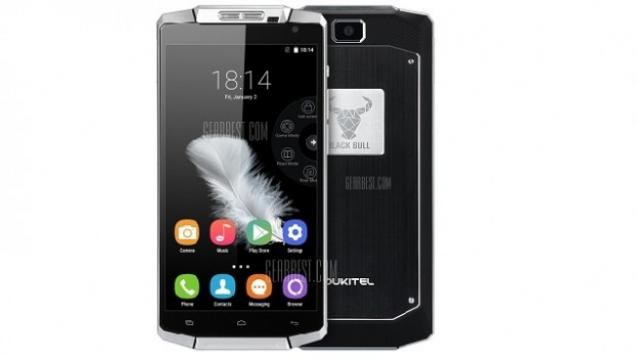 Handset maker Oukitel has just released a new smartphone dubbed Oukitel K10000 which has claims to have the world’s largest battery at a whopping 10,000 mAh. The device is now up for global pre-order $239.99 but reportedly, interested buyers can use the promo code K10000 and purchase the smartphone $199.99. The smartphone will be shipped via Gearbest starting January 2. However, no information has been provided as to of and when the device will launch in India.

In terms of specifications, the device includes a 5.5-inch HD IPS display with a 720 x 1280 pixel resolution. It is powered by a 1GHz quad-core MediaTek MT6735 processor paired with 2GB RAM. It includes an internal storage of 16GB which can be expanded up to 32GB via microSD card.  It comes with smart gestures and Xender for file transfer.

The smartphone includes a 10,000 mAh battery with flash charging capability that fully charges the battery from 0 to 100 in flat 3.5 hours, according to the company. The battery capacity is similar to any standard power bank and it can work like one as well. The company also stated that it can charge 3 iPhone 6s Plus completely and still have 10 percent battery left in the device.