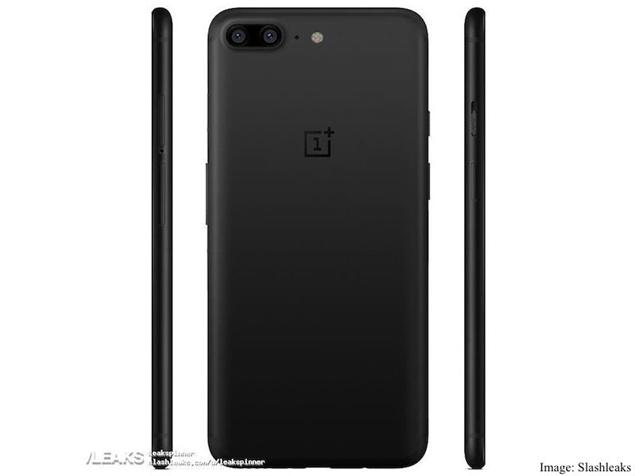 The OnePlus 5 launch is little over a week away, so the company is trying to keep the hype going for the smartphone with teasers on social media. But thanks to a flurry of leaks, we already know what to expect from the next OnePlus flagship. The global unveiling of the smartphone is scheduled for June 20, while a separate OnePlus 5 India launch will happen on June 22. The upcoming OnePlus 5 is widely expected to sport dual cameras at the back, and come with iPhone 7 Plus-like setup which is likely to be the biggest highlight. Some of the other notable features rumoured include Snapdragon 835 processor, and 8GB of RAM. Let’s look at what we know so far.

The OnePlus 5 price in India for the 6GB RAM and 64GB storage model is said to be Rs. 32,999, while the 8GB of RAM and 128GB storage model is said to cost Rs. 37,999. If these turn out to be the actual prices, the next flagship will be the most expensive OnePlus smartphone yet. Corroborating the higher price tag, a previous leak also suggested European pricing for the OnePlus 5 which is likely to be EUR 550 (roughly Rs. 39,990). To refresh, the OnePlus 3T was launched last year in India at Rs. 29,999 for the 64GB variant, and Rs. 34,999 for the 128GB variant. For availability, Amazon India source code has already revealed that the OnePlus 5 will be exclusive to the e-commerce website, and will go on sale the same day as India launch.

If you’ve been living under a rock for the past several days, OnePlus 5 is launching on June 20. Yesterday the company showed the back design with a dual-camera setup and now an alleged benchmark on GFXBench outed most of the specs of the “flagship killer”.

This is the second benchmark listing in the last 24 hours after the OnePlus 5 appeared on Geekbench as well. 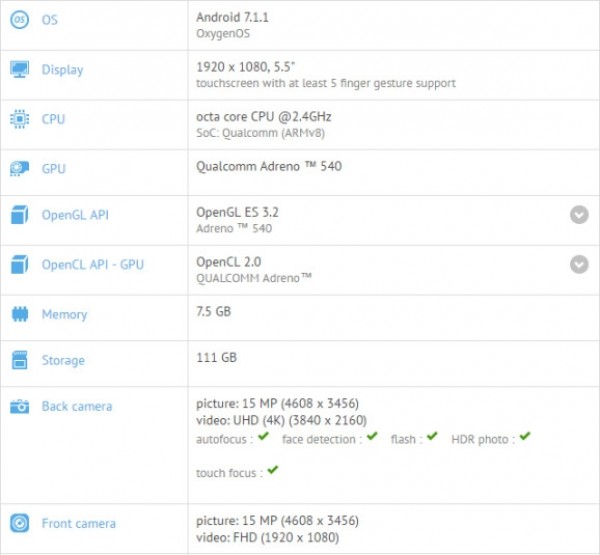 If the listing is legit, the OnePlus 5 will have a 5.5” screen with Full HD resolution like its predecessor, the OnePlus 3T. Unsurprisingly, OnePlus decided to go with the Snapdragon 835 SoC with octa-core CPU and Adreno 540 GPU, as Pete Lau confirmed last month.

The GFXBench listing also tells us the OnePlus 5 with model name A5000 will have 8 GB RAM and 128 GB internal storage. The main camera will be 16 MP and will shoot video in 4K, but we already know there is a dual setup on the back. The selfie snapper is 16 MP as well, but the listing says it can only do 1080p videos.

The OnePlus 5 is expected to run the latest Android 7.1.1 with the Oxygen OS on top.