Ola Electric Scooter to Launch in India on August 15 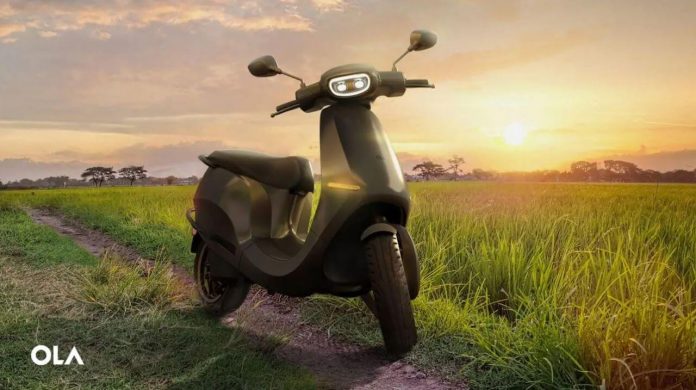 Ola Electric Scooter Launch: Ola, the India-based cab-hailing company, has revealed the vehicle’s debut date after collecting over one lakh bookings for its forthcoming electric scooter. According to Ola’s CEO, Bhavish Aggarwal, the firm plans to debut its first electric two-wheeler on India’s 75th Independence Day.

Aggarwal made the news via an official tweet. The business is “planning a launch event for the Ola Scooter on August 15th,” according to the CEO on Twitter. On that date, more data such as the Ola electric scooter’s specifications and availability would be revealed. You may see the tweet directly below.

Thanks to all who have reserved our scooter!

Planning a launch event for the Ola Scooter on 15th August. Will share full specs and details on product and availability dates. Looking forward to it! 😀

Ola Electric Scooter Launch: Ola revealed its first electric two-wheeler last month, following announcing plans to establish the world’s largest two-wheeler manufacturing factory in the Tamil Nadu area of India earlier this year. The firm began accepting bookings for the vehicle on its official website, and the e-scooter quickly surpassed one lakh reservations, making it one of the most pre-booked scooters in the world.

So it appears like Ola is preparing to unveil its much-anticipated electric scooter in India on India’s Independence Day. On the 15th of August, it will most likely be revealed during a virtual event.

The Ola scooter’s specifications and models are previously known to us. According to reports, the firm will debut three distinct e-scooter models with varying horsepower. They’ll be known as the Ola S, Ola S1, and Ola S1 Pro, and they’ll have 2KW, 4KW, and 7KW motors, respectively. In addition, the Ola scooter will be available in 10 vibrant colours, including Red, Yellow, Pink, Gold, Black, White, and others.

Furthermore, Ola is developing a huge Hypercharger charging network across India to allow Ola electric scooter customers to charge their vehicles while on the go. Furthermore, by directly collecting orders from clients and delivering automobiles to their doorsteps, the firm will save on dealership fees.