The Nvidia GeForce GTX 1630 is now available—and you should probably avoid it. The new GPU falls behind comparable entry-level Nvidia and AMD GPUs.

The GeForce GTX 1630, an entry-level graphics card designed to compete against the AMD Radeon RX 6400 and Intel Arc 380M as a fundamental improvement to integrated graphics, was secretly introduced by Nvidia today. The GTX 1630 has 512 CUDA cores and is based on the Turing TU117-150 graphics processor. In terms of performance, the new card is inferior to the GTX 1650 model, which has 896 cores and even falls short of the GTX 1050 Ti, which is six years old (768 cores).

The GTX 1630, which is at the bottom of the stack, contains 4GB of GDDR6 memory spread across a 64-bit memory bus with a theoretical bandwidth of just 96 GB/s, which is half that of the GTX 1650. The new graphics card uses 75W of power and features base and boost clock speeds that are identical to the GTX 1660 at 1740MHz and 1785MHz, respectively.

When seen from a distance, the GTX 1630 is identical to the GTX 1650 in that it employs the same architecture and has comparable TDP, memory quantities, and cooling designs. It also inherits some of its flaws, such as a 6-pin power connector and a lack of ray tracing capabilities (though to be fair, ray tracing shouldn’t be an issue at this price). Display compatibility is likewise restricted to 7680 x 4320 at 60Hz rather than the 120Hz allowed by other Nvidia GPUs.

For the time being, TechPowerUp’s evaluation of the GTX 1630 is scathing, noting that it is “severely deficient in performance,” with the Radeon RX 6400 and GTX 1650 clocking in 60% quicker. TechPowerUp believes the GTX 1630’s objective is to render the GeForce GT 1030 outdated, rather than to replace the GTX 1050 Ti.

How does it fare in terms of gaming? Not good. The card underperformed in every gaming benchmark, failing to exceed 30 frames per second in the majority of tests and averaging only 24 fps at 1080p settings across a wide range of titles.

So, what is the point of this card? It is best suited as a low-cost alternative for a productivity desktop lacking integrated graphics. The GTX 1630 outperforms any integrated solution and has enough power to play less demanding games at 1080p on lower settings.

We’re still waiting on price information, but based on these characteristics, this should be a sub-$150 (approx: Rs. 11,855) graphics card. Whatever is well above that threshold will be difficult to justify. 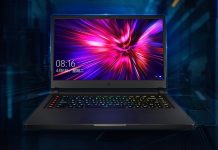 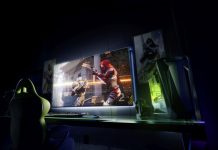