Nokia plots comeback with N1 Android tablet, but it won’t be easy 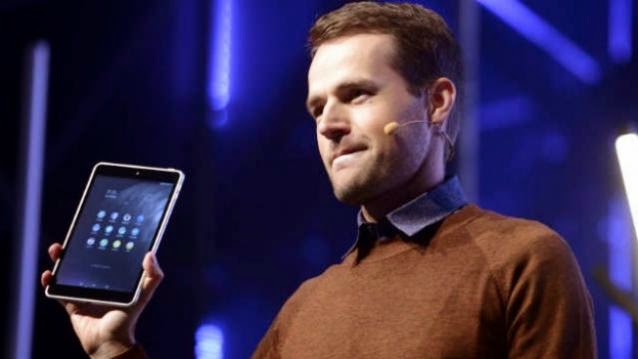 Helsinki: Nokia is back in the fray. Just months after selling its ailing handsets business to Microsoft, the Finnish company is planning to go back into the consumer market with a new tablet.

The former top mobile phone maker, which has a history of reinventing itself since it began as a paper maker in the 19th century, said Tuesday it will launch a 7.9-inch N1 device early next year in China, the world’s biggest market, before selling it elsewhere.

The device will be manufactured by Taiwan-based Foxconn, which makes Apple’s handsets. And it will operate Android instead of the Windows software Nokia used on its cellphones when it began a partnership with Microsoft in 2011. That partnership ended unsuccessfully — in April Nokia sold its cellphones unit to Microsoft for $7.2 billion.

Sebastian Nystrom, head of at Nokia’s technologies unit, described the N1 tablet as “a new beginning for Nokia.”

He noted that about 80 percent of the world’s mobile consumers use Android, compared with just 2.5 percent using Windows mobile devices. The aluminum-cased tablet uses Google’s Android Lollipop operating system, and will retail for some $250.

For sure, it won’t be an easy shift for Nokia after years of focusing on cellphones and a troubled networks operation that only recently has shown signs of improvement.

“It’s pointing in the right direction, but there are some real challenges,” said Neil Mawston from Strategy Analytics, near London. “It doesn’t have the distribution channels that others like Samsung and Apple enjoy, and nobody is making any profits in Android tablets at the moment.”

But Nokia, established in 1865, has demonstrated an ability to transform itself.

Named after the small southern Finland town where it was based, it evolved its paper making business into a rubber boots and cable maker before becoming an electronics company. Then it hit on mobile telephony that made it almost synonymous with wireless high-tech, reaching a peak of 40 percent market share in mobile phone sales worldwide in 2008.

But, after holding the No.1 spot in cellphones for 14 years, it wasn’t able to meet the challenge when Apple in 2007 introduced the iPhone, and also began to lose the competition to cheaper Asian manufacturers. After completing the sale of its mobile phone unit to Microsoft, Nokia has focused on its three, much more profitable operations: networks, HERE mapping services and software.

It is one of the few computerised roadmap providers in the world and the only one with a long history of working with automotive companies. HERE has an 80 percent market share for embedded automotive maps. Nokia’s brand was wiped out of the handset market last week, when Microsoft unveiled its first Lumia smartphone under its own brand name.

“We are pleased to bring the Nokia brand back into consumers’ hands,” said Nystrom, who announced the launch of the tablet in Helsinki at Slush, one of Europe’s largest startup and investor events with some 10,000 participants expected over two days.

He hinted Nokia was also interested in producing an Android smartphone. That can’t happen before 2016, however, as the Microsoft deal included a commitment that Nokia not enter the smartphone business before then.

“Once that is finalised we have the option to do so,” Nystrom told the AP. Nokia’s share price closed up more than 3 percent at 6.41 euros in Helsinki.