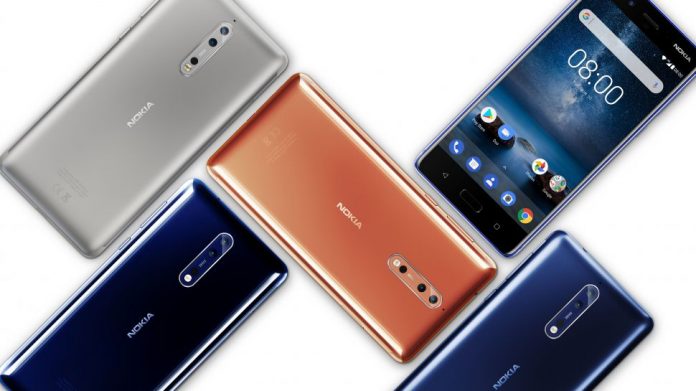 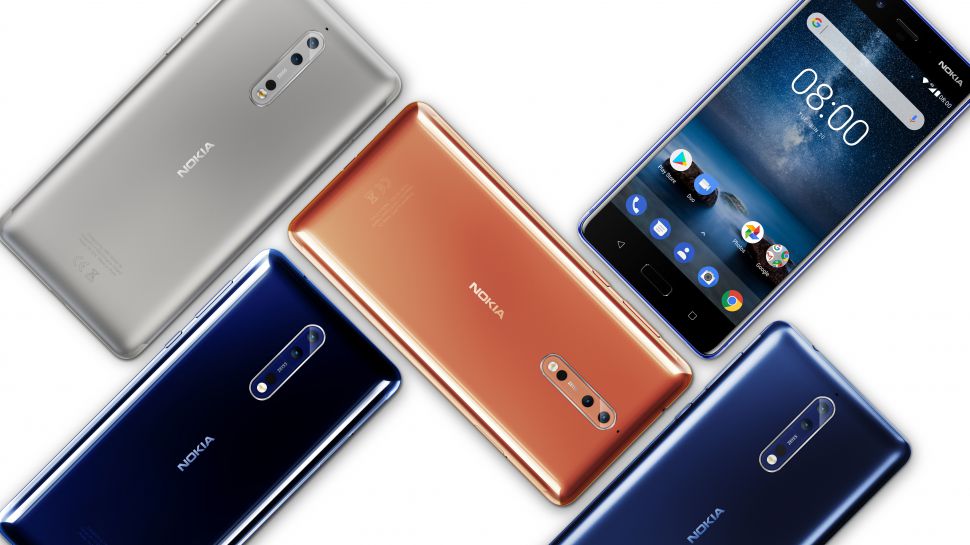 Nokia – the once top dog of the phone market – is back from the dead and we’ve just heard word of its first flagship phone since 2014.

HMD Global has taken on the Nokia brand and is creating phones with the name. We’ve already seen a few mid-range phones designed by the company, but the new Nokia 8 is the first time we’ve seen a flagship since the brand’s return.

The phone features a dual-sensor camera, a powerful chipset and a luscious new design, so read on below to learn everything you need to know about the new Nokia 8.

Cut to the chase

The Nokia 8 is coming out around the world in September this year. An exact release date for the phone is currently unclear and we should hear more in the coming weeks.

We know for certain the Nokia 8 will be coming to the UK but there’s no word on whether it will be launching in the US and Australia. Once we know more we’ll be sure to update with more details.

The Nokia 8 will be available “globally” in early September, priced at equivalent of EUR 599 (approximately Rs. 45,000). An HMD Global representative told Gadgets 360 the Nokia 8 India launch will be in early October, and the Nokia 8 price in India will be known closer to launch. 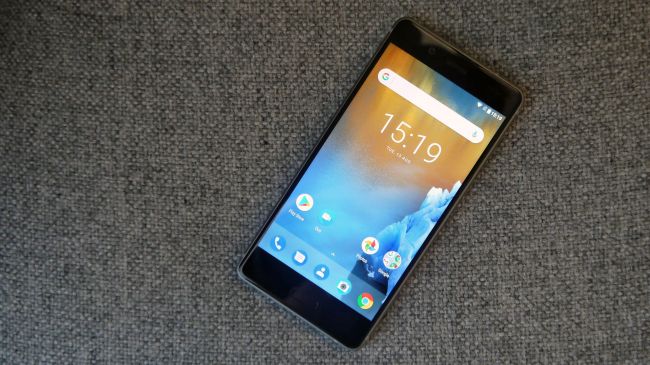 The Nokia 8 features a strange size screen of 5.3 inches, which we’re not really used to on modern phones. It means it’s a little bit bigger than the screen on the Honor 9 and a bit smaller than the OnePlus 5 display.

It has a QHD resolution though which equals 554 pixels-per-inch, which is a high resolution, especially for a screen of that size. It can also reach a brightness high of 700 nits, which should mean it’s super bright and will be easy to read in bright sunlight.

Sadly the rumored edge-to-edge display hasn’t become a reality on the Nokia 8, with a representative for HMD Global saying that was to allow space for the front-facing fingerprint scanner and a super high-res sensor in the front camera. 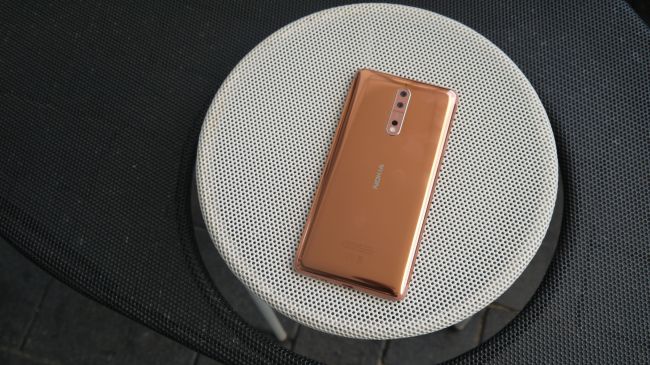 Design-wise the Nokia 8 comes with a slim metal shell that is 7.9mm at its thickest point and goes down to under 5mm at the edges. It’s a full-metal unibody so looks premium and has metal edges that make it look sleek overall.

It’s splashproof – IP54 rated to be exact – but not waterproof, so it will be okay in a slight rain shower but we wouldn’t recommend dipping this phone in the sink.

There are four different color options for the Nokia 8, two of which come with a shiny effect on the rear that are either blue or copper. There’s also a less shiny matte effect version of the phone that comes in either blue or silver. 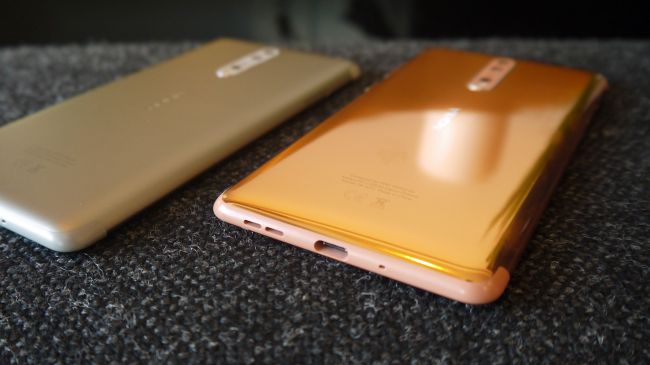 The top edge of the phone has a 3.5mm headphone port while the bottom has a USB-C connector and that’s where the speaker sits too.

Under the screen there are buttons for navigation, and a fingerprint scanner in the center to help you unlock the phone quickly and securely. 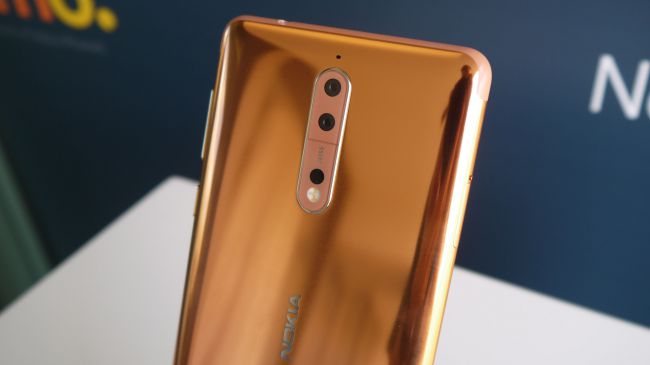 There’s a dual-sensor camera on the Nokia 8, which is a first for the company and should take some much better photography than the mid-range phones we saw earlier this year.

It uses an RGB (color) 13MP sensor in tandem with a monochrome 13MP sensor and combines the images taken from each to allow for better low-light photography. The monochrome sensor should pick up more detail as it’s only in black and white and should fold that into the full color image.

You’ll be able to shoot with just the monochrome camera too, but expect the resolution to be a little less as it’s just a 13MP sensor.

The front-facing shooter on the phone is also a 13MP sensor, which should allow for some phenomenal selfie shots. There’s a camera mode that allows you to shoot from both the front and rear cameras at the same time too, which Nokia is annoyingly calling #Bothie.

The battery on the Nokia 8 doesn’t sound great with it only being a 3,090mAh one, which may struggle considering the high-end spec and QHD resolution screen.

There’s Qualcomm’s Quick Charge 3.0 tech in here too and it all works through the USB-C port at the bottom of the phone. Don’t expect to be able to wirelessly charge the Nokia 8 though. 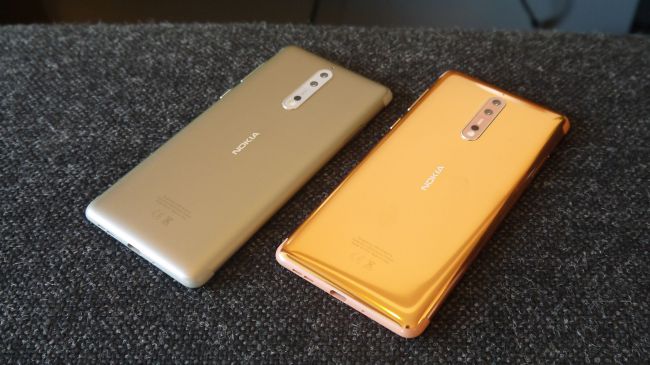 Qualcomm’s latest and greatest Snapdragon 835 chipset is here and should mean you get a snappy experience while using the Nokia 8. That’s working alongside 4GB of RAM in the phone too.

Storage-wise you’ll have 64GB on board while there’s also microSD support of up to 256GB. The phone is also running Android 7.1.1 software and looks near enough stock, so if you’ve used a Google Pixel you’ll know the software inside out here.