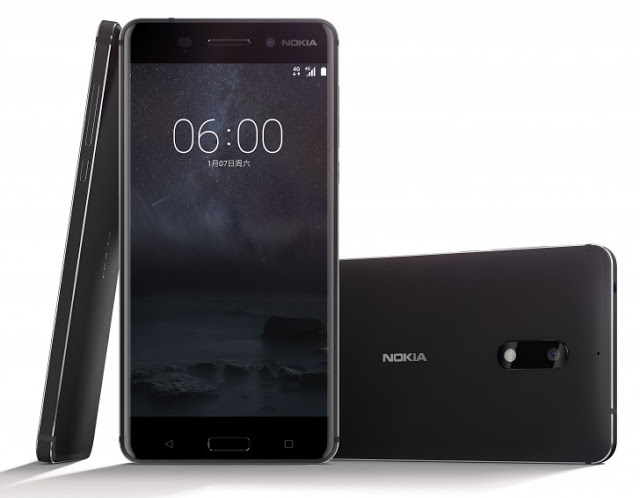 HMD Global has finally announced the first Nokia Android smartphone, after much rumours and speculations. The Nokia 6, as it is called, has been launched in China and for now will only be available in the Chinese market only on JD.com. The phone will be selling for CNY 1699 (approx Rs 17,000). Looks like Indian Nokia fans will have to wait out this one, as HMD Global mentioned in its release that there are no plans to release Nokia 6 in other markets.

Nokia 6 sports a 5.5-inch Full HD display with 2.5D Gorilla Glass atop it. The phone sports an aluminum unibody design. It is powered though by a Qualcomm Snapdragon 430 SoC with X6 LTE modem. In terms of memory you get 4GB RAM and 64GB of internal storage. This storage can be further expanded using a microSD card. The phone runs the latest Android 7.0 Nougat OS.


HMD Global has released the phone only for the China market at the moment. It has reasoned that China is a strategically important market “where premium design and quality is highly valued by consumers”. Which could be true of lot many other countries as well.

However, Nokia 6 won’t be the only smartphone coming out this year from HMD Global. It has hinted in its press release that there will be more devices coming by H1 2017.

The exact date of the sale is not yet known, but HMD Global only says that it will start selling in early 2017 on JD.com.