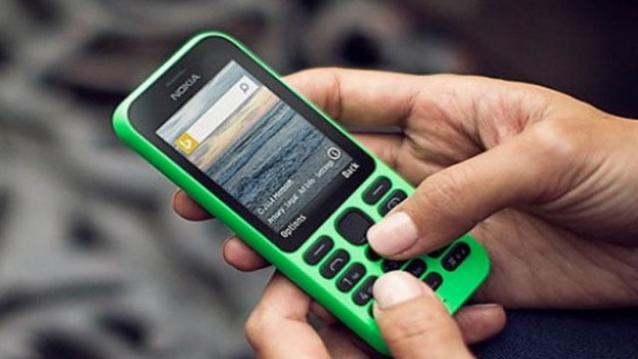 Nokia’s second-quarter profit fell more sharply than expected as telecom operators around the world spent less on faster mobile networks, prompting the company to lift its cost-cutting target following its merger with Alcatel-Lucent.

Shares in the Finnish telecoms networks provider fell 3.2 percent by 1156 GMT as investors were also unnerved by a softer-than-expected full-year profitability outlook.

Nokia took control of French rival Alcatel-Lucent in a 15.6 billion euro ($17 bln) all-share deal in January to better compete with Sweden’s Ericsson and China’s Huawei in a market with limited growth prospects, until a fresh cycle of network upgrades begins in around 2020.

“It’s a transition year (for Nokia), particularly in the first half … We believe the total network market is flattish for the full year, but it was clearly weaker in the first half,” Chief Executive Rajeev Suri told reporters in a conference call.

Nokia said it now aimed for annual savings of 1.2 billion euros in 2018 following the Alcatel merger, up from a previous goal of more than 900 million euros.

The company did not say what would be the impact on personnel. Nokia began laying off staff in April, and unions have expected up to 15,000 jobs to be slashed globally.

Group sales dropped 11 percent from a year ago to 5.67 billion euros, including a fall in network equipment sales to 5.23 billion, which compared with a market consensus of 5.42 billion euros.

The company said sales of mobile network products were particularly weak. Overall revenue from the networks division – which accounts for more than 90 percent of Nokia’s total income – fell in all major geographies and declined by 12 percent both in North America and Europe, its two largest regions.
Analysts, however, said that after the Alcatel merger Nokia is in a better position than Ericsson in fixed networks going forward.

Ericsson, which is also cutting costs and has just sacked its chief executive, reported last month its quarterly like-for-like sales in its network unit fell 11 percent from a year ago.

Three-horse race
“Huawei and Nokia have strong portfolios in both fixed and mobile networks, while Ericsson would need to integrate its strength in mobile with weaker fixed network products,” said OP Equities’ analyst Hannu Rauhala, who has a ‘buy’ rating on Nokia.

“Ericsson needs to rethink its strategy.”

As telecom operators are expected to continue reducing spending on networks over the next few years, Bernstein recently suggested investors should favour Nokia over Ericsson, saying the Alcatel merger offers opportunities while Ericsson “lacks control over its fate.”

Shares in both Nokia and Ericsson have fallen by more than 26 percent this year.

According to market analysis firm Gartner, Huawei held an overall share of the global networks market of 17.9 percent last year, compared to 16.3 percent combined for Nokia and Alcatel-Lucent and 16.2 percent for Ericsson.

Nokia’s network margin fell to 6 percent in the quarter, short of a market view of 6.8 percent, but Nokia blamed that on Brazil operator Oi’s filing for bankruptcy protection in June.

Nokia said it expected to see improving network sales and profits towards the end of the year, and changed the full-year target for the network business’s operating margin to 7 to 9 percent from more than 7 percent previously. Analysts had expected a full-year margin of 8.8 percent.

“It a slight disappointment, so there is pressure to revise market expectations,” said Inderes Equity Research analyst Mikael Rautanen, who has a ‘reduce’ rating on the stock.

“They are expecting the business to improve in the latter half of the year, but that is just in line with the normal seasonality.”

Once the world’s biggest mobile phone maker, Nokia was caught out by the rise of smartphones and ended up selling the handset business to Microsoft in 2014, leaving it with the networks business and a portfolio of technology patents.

Microsoft has largely abandoned the business it acquired since then, while in May, Nokia signed a licensing agreement to bring Nokia-branded smartphones back to the market.