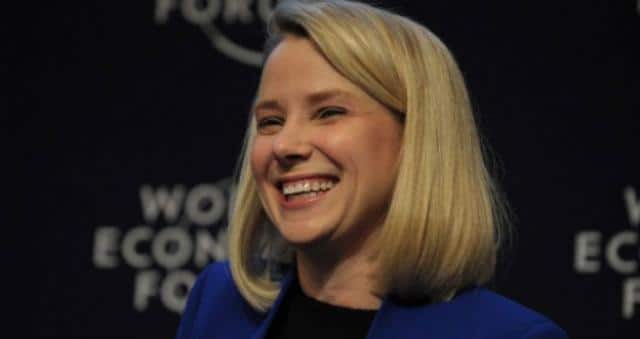 The buzz in the tech town is how Marissa Mayer, CEO, Yahoo could take home a whopping $55 million as a severance package which includes cash, medical benefits and so on. This is if she is terminated  due to “change of control” after a possible buyout.

In fact, for a while, the discussion has been around how Mayer, an ex-Google employee, was hired to help the company bounce back, and has failed miserably. When Marissa Mayer took over the reins as the Yahoo chief, the Internet Company was already on shaky grounds. Given Mayer’s impressive career and leadership positions at Google, she had brought in a wave of positivity and hope. Now, a glance back at the journey four years later, and it is being marred with a lot of bad leadership decisions. Some curt reports late last year went on to say that her pregnancy was what saved her job back then.

So what really went wrong? Firstly, people weren’t looking for a news aggregation service when Mayer joined and search and advertising was already dominated by Google. Users were heading towards social media mobile fanatics and Yahoo simply didn’t bring in the much required changes to fit into the space or move forward. Video content was on its way to become an important way to share content. Instead Mayer brought in a not-so-well-thought mobile approach, an endless series of acquisitions and some meaningless hiring.

Let’s take a quick look at Mayer’s journey at Yahoo, so far.

2012
In the period between 2011 and 2012, some prominent figures tried managing the chief position, until Mayer was announced the next CEO in July 2012. Marissa was pregnant at that time and delivered a boy in October. Soon after, Mayer inked her first acquisition with Stamped. Stamped is social recommendation based iPhone app. This also got Stamped’s nine employees, who were also ex-Googlers working on to Yahoo’s mobile business.

In December, she’d closed another acquisition deal with OnTheAir video-chat broadcasting app. She soon started revamping the company’s products such as Yahoo email. How many people still use it? In fact an iOS app was released for Mail was released too. In line with the organisation’s mobile strategy, Mayer even gave Flickr a facelift. Marissa was also criticised for banning work from home.

2013
The year 2013 brought a really long list of acquisitions under Mayer’s leadership – Snip.it, location based Alike app, news-reading app Summly, Loki Studios, fantasy sports app maker Bignoggins, web browser company Rockmelt and Evntlive online platform for live concerts, among others. It also made some acquisitions purely for talent and shut down their existing services such as Astrid, iOS photo app maker GhostBird software and conference calling service Rondee, among others. While most of the acquisitions were aimed at making Yahoo a more mobile friendly platform, the implementation and utilisation of these services weren’t efficient.

In February, she revamped the Yahoo homepage and four months later in April launched an all-new weather app. By the end of April, she changed maternal and paternal leave policies to bring them in-line with Google.

In 2013, she also bought Tumblr for a whopping $1.1 billion. Mayer is being heavily criticised by investors and other for overpaying Tumblr, which turned into a mere unprofitable product. The service failed to bring the much required advertisement and the huge sum turned out to be a dent.

2014
At the start of the year, Mayer had said at the Davos World Economic Forum that the search engine will have more mobile users than desktop users this year. Thoughout the year, it looked as though Mayer had made mobile somewhat of a personal mission at Yahoo ever since she took over.
The year 2014 also saw Marissa Mayer continue with her talent/start-up shopping spree. It was this year that the company acquired renowned Aviate. This announcement was made at CES that year. It also acquired the Days app soon after, among others.

In April, Mayer was working on a plan to persuade Apple to ditch Google as its default search engine in favour of Yahoo. While the company’s revenue kept falling, Mayer amassed a net worth of $310 million.

By late 2014, sometime around November, there were reports about Yahoo’s board wanting a merger with AOL and CEO Tim Armstrong as the chief instead of Mayer. 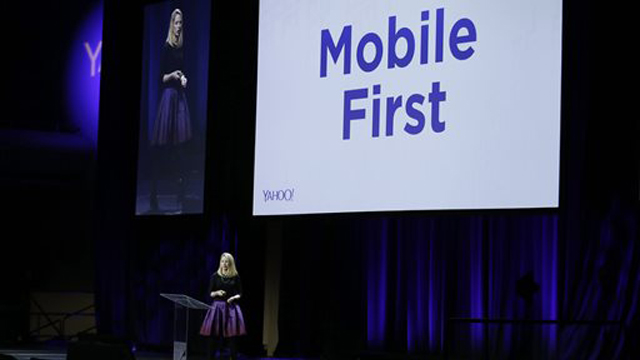 2015
Last year, the company’s shares fell over 30 percent. Marissa Mayer’s strategy to push mobile, video, native and social media ads has failed to increase revenue and desktop ads continued to fall, a space now being dominated by Google and Facebook. A meeting was recently arranged to discuss the company’s and Mayer’s future at Yahoo.

If reports are to be believed Yahoo’s struggle have plainly increased as its ‘core businesses’ aren’t bringing any revenue. The company may even spin off the core Internet business for ‘as much as possible’. There have been complains how Mayer didn’t even cash in on its valuable stake at Alibaba when it went public (thanks to the shares bought long back). Analysts have been suggesting to sell off the core business instead of the valuable stake at Alibaba.

In October, Yahoo! signed a search advertising deal with Google, which can be considered one among the very few bright spots at Yahoo. Besides, Mayer continued to focus on the mobile app segment with nifty updates to Aviate and Yahoo Messenger. The finally realised the need to build an apps community and work with developers to build more apps that could revolve around Yahoo.
The company also decided on core businesses sale, instead of spinning off the Alibaba shares. It soon released the ability to manage Gmail from Yahoo Mail.

2016
The year 2016 started on a low note for Mayer as activist investor Starboard Value LP ramped up pressure on Yahoo, taking aim at her leadership team and raising the prospect that a proxy battle is approaching.  Starboard implied that Mayer and her officers needed to go, without naming her specifically.

Meanwhile, Yahoo Android and iOS apps were updated to focuss on news and video content. Yahoo Mail was updated with new features to compete with Google and Microsoft.

However, reports of a spun off didnt stop. Yahoo reportedly was planning to cut 15 percent of jobs in January. AOL and even Google were said to be exploring the Yahoo deal. Microsoft and Daily Mail joined in later as potential bidders. Yahoo set 11 April deadline for preliminary bids, but later extended it by a week.

As expected, in February, the company announced to lay off 107 employees, the first batch among the 1500 jobs it planned to cut, which started effect from April 11 with a 60-day advance notice. Soon there were several figures about Yahoo layoffs floating on the Internet. There were reports about Yahoo open to selling its core businesses and also how it is exploring sale of $1 billion-$3 billion in ‘non-core assets’. Soon it pulled the plug on Games, Livetext and some other services. Now, Yahoo’s board is said to be still evaluating takeover offers.