Uber has been asked by US judge, to hand over documents over fraud allegations in an anti-trust case 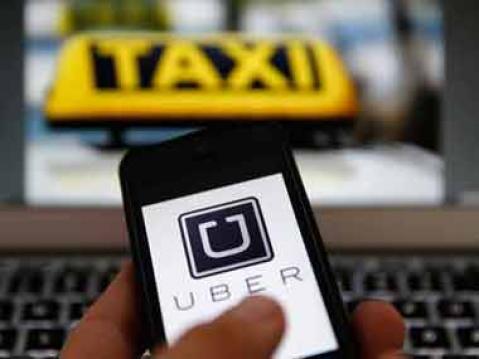 Uber must hand over documents to a New York judge probing whether private investigators hired by the ride-hailing company fraudulently sought information about its opponents in an antitrust case, according to a court ruling on Tuesday.

US District Judge Jed Rakoff is seeking to determine whether Uber instructed an investigator to lie in order to elicit information about Spencer Meyer, lead plaintiff in the antitrust lawsuit, and his attorney.

The suit, filed in December, alleges that Uber chief executive Travis Kalanick engaged in a price-fixing scheme with Uber drivers. The proposed class action names Kalanick and not the ride-hailing company, though Uber is seeking to intervene in the lawsuit.

In one instance, an investigator hired by Uber allegedly called Meyer’s attorney’s professional colleagues and “falsely stated that he was compiling a profile of up-and-coming labor lawyers in the United States,” Rakoff wrote.

When confronted about the investigator’s calls, attorneys for Kalanick initially denied that the company was involved with them, according to court documents.

In court filings, Kalanick’s attorneys eventually acknowledged hiring an investigator from a company called Ergo to dig up information about Meyer.

However, Uber denied in a court filing that it knew the investigator had lied or concealed his identity.
An Uber spokesman declined to comment on Tuesday.

The lawsuit alleges that “Uber has a simple but illegal business plan: to fix prices among competitors and take a cut of the profits.”

It argues that drivers conspired with Kalanick to charge fares set by Uber’s algorithm, with an understanding that other Uber drivers would do the same, even if they might do better setting more competitive prices on their own.

In his order of Tuesday, Rakoff said he wanted evidence backing Uber’s assertions that it did not know about the misrepresentations.

“An Ergo investigator hired by Uber in connection with this case made false representations in order to gain access to information about plaintiff and his counsel, thus raising a serious risk of perverting the process of justice before this Court,” Rakoff wrote in his order.

The judge has authorized the plaintiff’s request to conduct a probe, which involves Uber turning over communications and documents pertaining to the investigative work performed by Ergo for review by the court.

Neither Ergo nor Andrew Schmidt, the plaintiff’s attorney who was a target of Ergo’s investigation, could be reached for comment on Tuesday evening.

Uber had appealed to the judge to reconsider, saying the requested documents were privileged, but Rakoff rejected that appeal on Tuesday.

“The Court finds that plaintiff has provided an entirely ‘reasonable basis’ to suspect the perpetration of a fraud and to suspect that Uber communications furthered such a fraud,” Rakoff wrote.
Kalanick’s attorneys earlier in the year asked the judge to dismiss the case, arguing that under the specific language of its passenger agreement, riders waive the right to bring class-actions against the company.

Rakoff denied that request in March.

The case in US District Court, Southern District of New York, is Spencer Meyer vs Travis Kalanick, 15-09796.

Share
Facebook
Twitter
Pinterest
WhatsApp
ReddIt
Previous articleNew Launch :- ZTE launches Blade A2 in China with 4G LTE and VoLTE support for $100
Next articleGames – E3 2016: The Don of all crime games is coming to E3. Here’s what we know of Mafia III