Breaking News
Home / News / Android / Pebble has a countdown on its home page; to most likely announce a new watch

Pebble has a countdown on its home page; to most likely announce a new watch 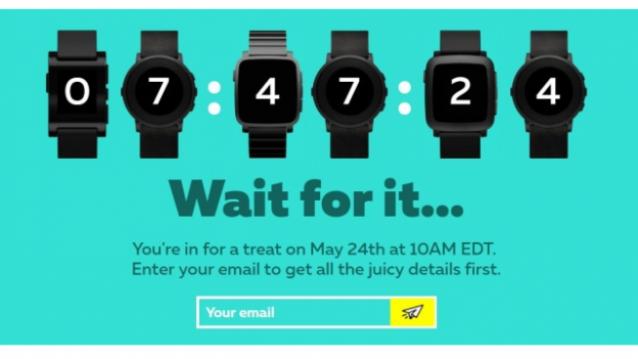 Pebble has some major announcement that will take place today. The homepage of its website has a live countdown with the headline, “Wait for it…You’re in for a treat..” International media houses have also got invites with a GIF of the letters OMG spelled out in LED lights on a breadboard, with a teaser, “We have something up our sleeve.”

Pebble has also been tweeting out the teaser, asking its followers to follow it on Snapchat to check out the behind the scenes of the upcoming product launch from the Pebble HQ along with other tweets.

Everything’s better with friends. Invite the crew to https://t.co/5fXTrNoYjS May 24 at 10AM ET. #TheClockIsTicking pic.twitter.com/YCrWHD4Bzg

There are speculations that the product could possible be the new Pebble Time watch, as the original model was released last May. Other rumours hint at promotional offers.
Now while Pebble may have launched the Time watch internationally last year, it was only this month that Pebble officially announced Pebble Classic (Rs 5,999), Pebble Time (Rs 9,999), Pebble Time Steel (Rs 13,599) and Pebble Time Round (Rs 15,999) variants in India.

@techfoogle
Previous Lenovo confirms Motorola Moto Z branding though trademark filing
Next Here’s how to get the OnePlus Loop VR headset for Re 1 in three easy steps!