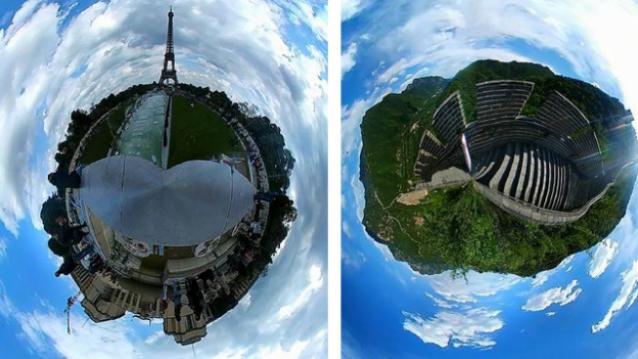 LG has decided to celebrate the World Environment Day, falling on 5 June, this year by showing 360-degree videos shot from various locations around the world, created using LG 360 CAM.

LG 360 CAM was one the LG G5 friends that was introduced at the Mobile World Congress earlier this year. Users will be able to see the 360 videos using the YouTube app either by wearing a VR headset such as Galaxy VR or even Google Cardboard. You can also see the videos on your Chrome browser on YouTube, but of course you will have to use the mouse to move around to change the angle of viewing.


According to LG, the video concentrates on the importance of protecting UNESCO World Heritage sites. LG has also stated that its employees across the world will be participating in many activities to show solidarity with the goals of the UN World Environment Day.

“By using these advanced tools to capture the world’s most famous heritage sites from a new angle, we seek to inspire today’s citizens to protect these wonderful treasures for generations to come,” said Lee Choong-hak, executive president and head of LG’s business support office.

The two minute videos show famous landmarks such as the Eiffel Tower, the Great Wall of China, Red Square and many more. These videos have been shot using the LG 360 CAM which has two 13MP sensors on either side which can capture images and videos from all directions. It comes with a 1200mAh battery, which lets you shoot up to 70 minutes of footage.