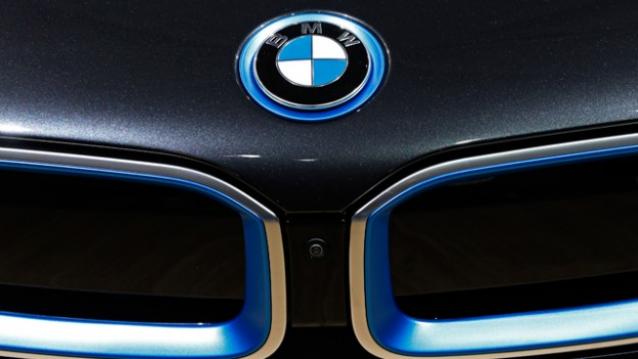 BMW is overhauling its research and development activities to focus on self-driving cars, board member Klaus Froehlich told Reuters, a move which includes a revamp of its “i” sub-brand of carbon-fibre based electric vehicles.

The company is updating its zero-emission vehicles after a lackluster response to its only fully battery-powered car, the i3, which recorded only 25,000 sales last year. By contrast, Tesla already has more than 370,000 orders for its Model 3.

To help improve sales, BMW is increasing the battery range of its i3 city vehicle by 50 percent this year.

Its next full-fledged new electric car model is not due until 2021, but the Bavarian auto maker is also planning to build a new version of its i3 electric car to be released by 2018, a source familiar with the matter said.

“It is a sportier brother for the i3,” said the source, who declined to be named.

Rival Tesla is due to release its Model 3 in 2017, and as rivals Porsche and Audi are working on all-electric cars for release by 2019.

A new BMW flagship model with autonomous driving capabilities will follow in 2021. As a result, Froehlich is increasing the proportion of software and technology experts.

Today, software engineers make up just 20 percent of the 30,000 employees, contractors and suppliers that work on research and development for BMW. Within the next five years, BMW wants to raise that proportion to 50 percent of overall R&D staff.

In an interview at the company’s headquarters in Munich, BMW board member Klaus Froehlich, who is in charge of development, said he reorganised company-wide research and development in April.
“It is now in ramp-up stage. We call it Project `i Next’.”

As part of its push in autonomous driving, BMW is hiring experts in machine learning and artificial intelligence. It is also integrating the functions of existing computer-driven assistance systems like cruise control, emergency braking, lane-keeping support and automatic parking.

The revamp follows high-profile staff defections from the “i” electric car division this year. Dirk Abendroth, manager of BMW’s “i” powertrain group; Henrik Wenders, vice president for product management BMW “i”; and Carsten Breitfeld, vice president engineering, head of the i8 vehicle program, were poached by a Chinese electric vehicle startup.

With a fully autonomous vehicle, BMW could launch a ride-hailing business without having to pay drivers, Froehlich said. That would give carmakers a competitive edge over ride-hailing companies like Uber and Lyft, which are eroding car sales by making part-time use as convenient as ownership.

Earlier this month, Toyota Motor Corp said it would invest in Uber, and Volkswagen announced a $300 million investment in Gett, a smaller ride-sharing company.

BMW may partner with a ride-hailing firm, too, particularly in markets like China. But the Bavarian carmaker is still working on its strategy on potential partnerships with such companies, Froehlich said.

Sales of highly autonomous vehicles – those where permanent active input from the driver is not required – are not expected to take off until 2020. But they could then rise to around 9 million a year by 2025, according to analysts at Exane BNP Paribas.

China, the world’s largest car market, is likely to be the market where autonomous cars will first emerge on a large scale, Froehlich said.

“China is extremely fast implementing technology. Last year more electric cars were sold in China than in all the other global markets combined,” he added.

BMW is also considering expanding in the area of reserving parking spaces and electric car-charging stations over mobile phones, a market which is still fragmented within countries. The carmaker has already invested in ParkNow and Parkmobile, two digital parking and payment services.
“We want to actively participate in a consolidation process,” Froehlich said.