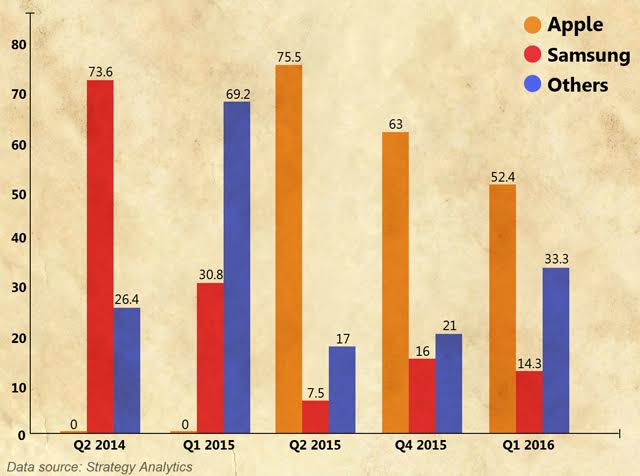 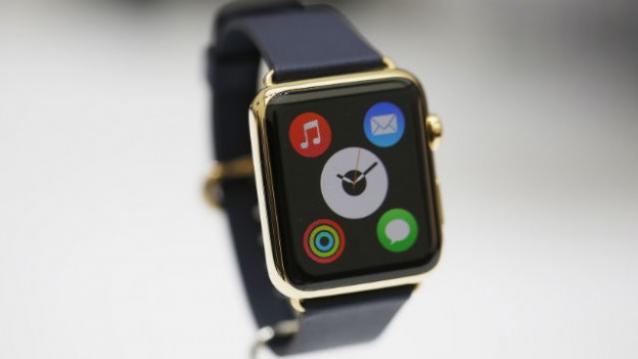 According to research from Strategy Analytics, global smartwatch shipments grew 223 percent annually to reach 4.2 million units in the first quarter of 2016. Apple captured 52 percent global smartwatch marketshare, dipping from 63 percent share in the prior quarter.

While 52 percent market share is not a bad figure to report, this again highlights the crisis that Apple is going through with falling sales. First, it’s iconic iPhone and now the smartwatch. Even hardcore Apple enthusiasts never really warmed up to the idea of the smartwatch from the Tim Cook led tech giant. Speaking to Tech2 earlier, Vishal Tripathi, Research Director at global advisory firm Gartner said, “They(Apple) changed the game with iPod and the iPhone and were expecting to do the same with its smartwatch. But that didn’t really go well for them.”

Here’s the graph we’ve made using data revealed by Strategy Analysts in the past, and it clearly shows how Apple started with a good 75.5 percent global market share in Q2 2015, but a year later has fallen to 52.4 percent. Samsung lost  its dominant position as soon as the Apple Watch was launched. However, what is more interesting is how other companies are slowly yet steadily eating into the smartwatch share of biggies like Apple and Samsung.

However, reports about Apple Watch 2 coming soon could also be one of the reasons for the drop.
Neil Mawston, Executive Director at Strategy Analytics, added, “We estimate Apple Watch shipped 2.2 million units and captured 52 percent smartwatch marketshare worldwide in Q1 2016, dipping from 63 percent share in Q4 2015. Samsung shipped 0.6 million smartwatches, capturing 14 percent marketshare worldwide for second position. Apple Watch and Samsung Gear models are expanding fast across dozens of countries, but competition from LG, Motorola and others is ramping up fast.”

Cliff Raskind, Director at Strategy Analytics, concluded, “Now that many Apple early adopters have their smartwatches and all of the holiday gifts have been unwrapped, it would seem the honeymoon for version 1 of the Apple Watch is over. Future traction for Apple Watch 2 will be closely linked to compelling apps that better exploit the usability of wearable tech, while offering autonomous 4G connectivity and enhanced battery life — all of which are in rather short supply today.”