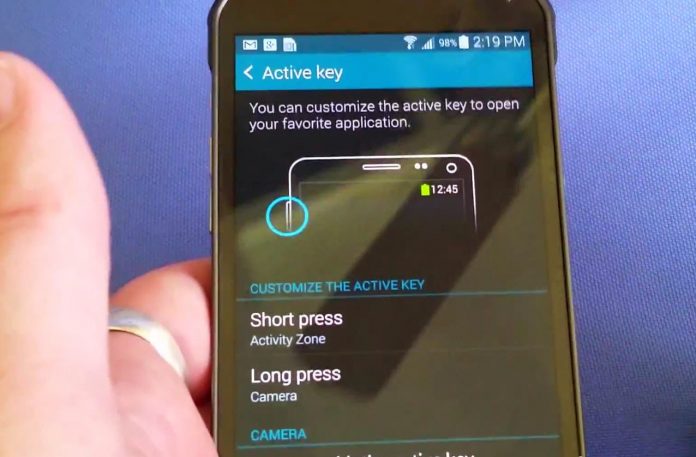 Samsung probably doesn’t like it, but the rugged Active version of the Galaxy S5 was leaked extensively yesterday through a series of videos that showed the phone in action from every possible angle. Well, the same source has decided to upload even more videos of the Galaxy S5 Active, and this time, we get to see a new feature exclusive to the device. The Galaxy S5 Active has a dedicated hardware key next to the volume keys, dubbed Active Key. As seen in the videos, what this key does when its pressed can be customized through the Active Key menu in the settings.

For example, a short press could launch the Activity Zone, which includes apps like a barometer, compass, stopwatch and flashlight, while a long press can launch the camera app. I’ve always felt that phones should have a dedicated camera button, and it’s sad to see that something like the Active key isn’t present on the standard Galaxy S5. You can also take photos with the Active key in the camera, which should help in underwater photography as the touchscreen doesn’t work when the phone is submerged in water. 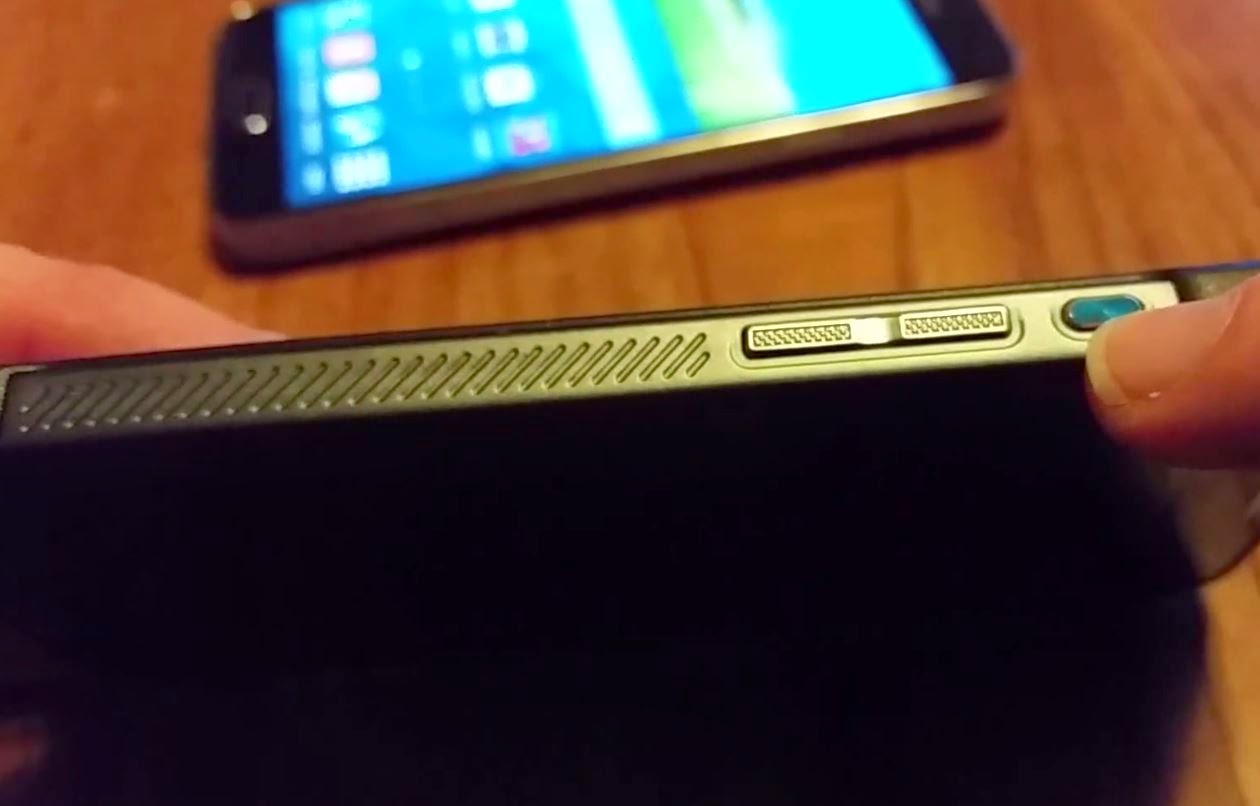 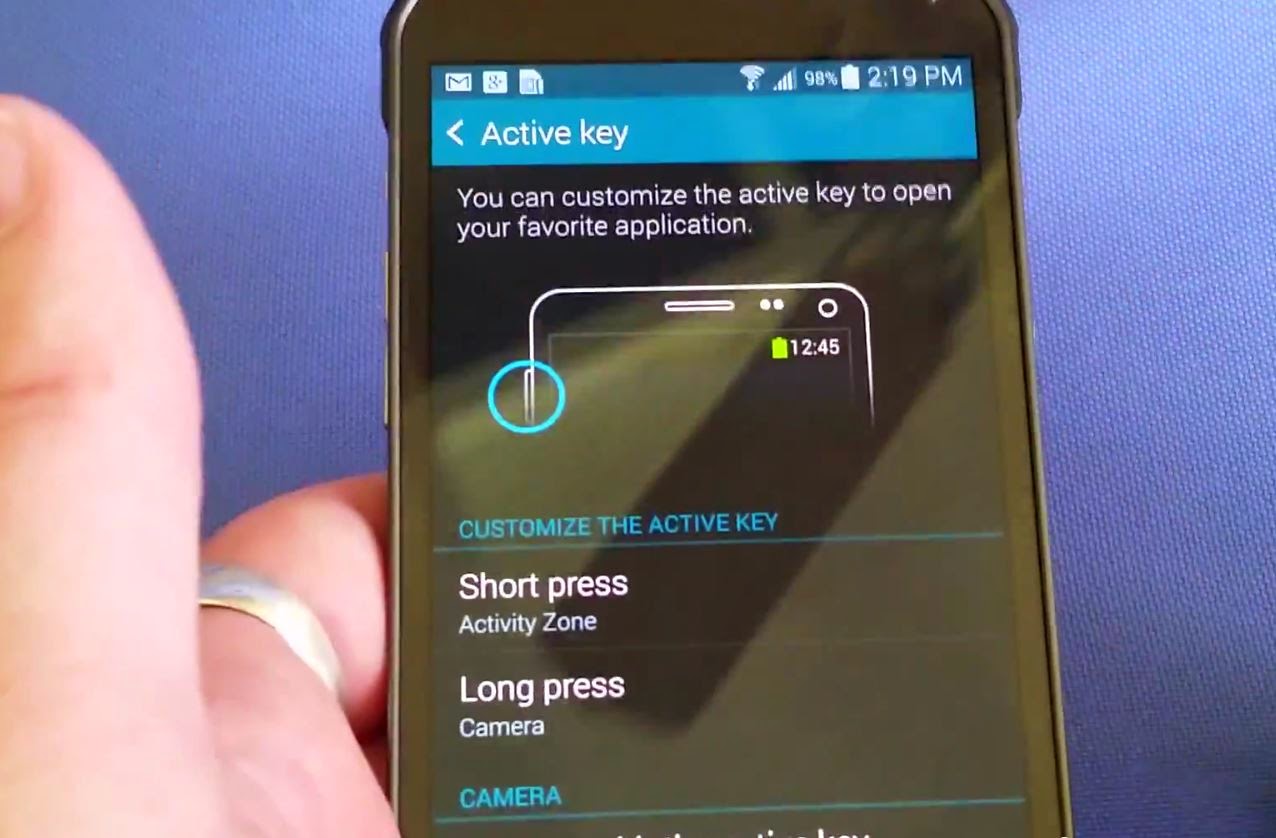 Another interesting titdbit revealed in the video is the Galaxy S5 Active could also sport optical image stabilization (OIS). Videos taken by the phone seem to be a tad more stable and stutter-free, though this could simply be the result of better optimization of the software image stabilization that is present on the Galaxy S5, as it would be strange that Samsung would put hardware-based OIS on a spin-off device rather than the main flagship.
Check out the videos below, and let us know if you spot something new and different!