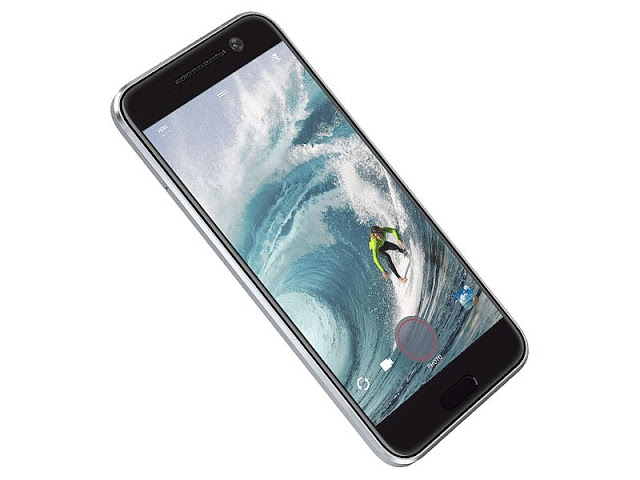 HTC on Tuesday unveiled its latest flagship smartphone, the HTC 10. Unlike previous flagships – HTC One M8 and HTC One M9, the new HTC 10 doesn’t include the ‘One’ or ‘M’ series monikers.
In a press statement, HTC says that the new flagship will come two variants featuring different Qualcomm Snapdragon processors catering to different markets, the HTC 10 and HTC 10 Lifestyle. The variants however feature the same design, audio, camera, and display, with a similar software experience and battery life.

The unlocked HTC 10 edition will be available from the company’s official website at $699 (approximately Rs. 46,500). It will be available in Glacier Silver and Carbon Grey. The company says that the handset will start shipping in early May and will come with HTC’s Uh Oh Protection, which will offer users one replacement at no charge within the first 12 months for a cracked screen or water damage. We can expect the company to announce the pricing of the HTC 10 Lifestyle. Apart from the HTC 10, the company also unveiled the Ice View case with a semi-transparent cover for the handset. HTC has not announced the price details for the case so far.

The HTC 10 smartphone in the US will come with the Snapdragon 820 processor while the Indian version of the flagship listed as HTC 10 Lifestyle will pack the Qualcomm Snapdragon 652 processor. There are a few differences in both the variants based on region including SoC, RAM, storage, and sapphire lens in the rear camera.

It comes with Android 6.0 Marshmallow with HTC Sense running on top and supports Nano-SIM. As touted in teasers, the HTC 10 sports a 12-UltraPixel laser autofocus camera with dual tone LED flash, BSI sensor and optical image stabilisation (OIS). It comes with f/1.8 aperture and Sapphire Lens (in some regions including India). 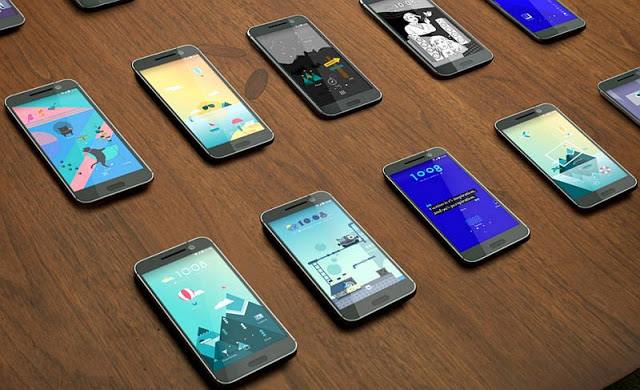 HTC says that the rear camera on the 10 is its new generation UltraPixels camera with 1.55 micron pixels. Other camera features include self-timer (up to 10 seconds), face detection, RAW format support, Auto HDR, and Hyperlapse. The new HTC 10 flagship also features Slow motion video with support for 720P at 120fps. There is a 5-megapixel front-facing camera as well featuring autofocus, BSI sensor, optical image stabilisation (OIS), and auto selfie (keep still or smile).

The HTC 10, as touted, features the BoomSound tech with the company claiming handset “engineered for audiophiles.” The BoomSound Hi-Fi Edition comes with Dolby Audio and three microphones with noise cancellation. The HTC 10 packs a 3000mAh battery which is rated to deliver a talk time of up to 21 hours on 3G networks and a standby time of up to 21 days on 3G. HTC adds that the 10 smartphone features Power saving mode as well as Extreme power saving mode. The HTC 10 also supports Quick Charge 3.0 with cool charge, which means improved thermal management. The company claims that the handset can be charged up to 50 percent in just 30 minutes.

The company in its official release stresses that it reduced the number of duplicative and pre-loaded apps as well as bloatware. With HTC 10, the company introduced a new Freestyle Layout, which will no longer have an on-screen grid. The company is leaving it to the users to choose their own set of apps by allowing dragging icons, stickers and widgets anywhere on the home screen.

Connectivity options on the HTC 10 include Bluetooth 4.2, NFC, DLNA, GPRS/ EDGE, 3G, and 4G. The India listing of the HTC 10 Lifestyle confirms that the handset is compatible with 4G LTE bands in the country. 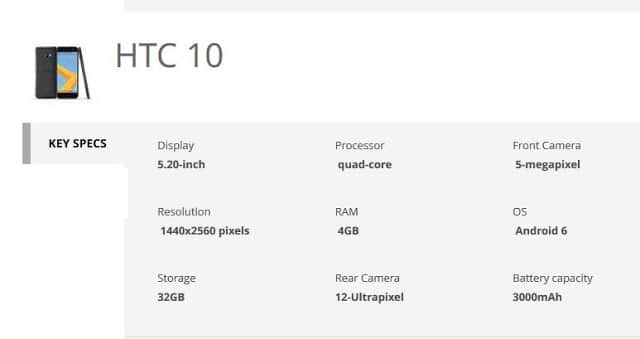 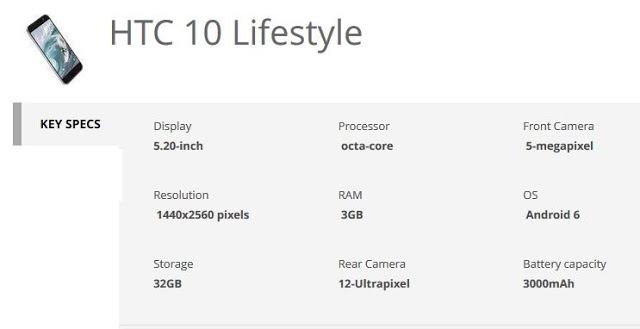