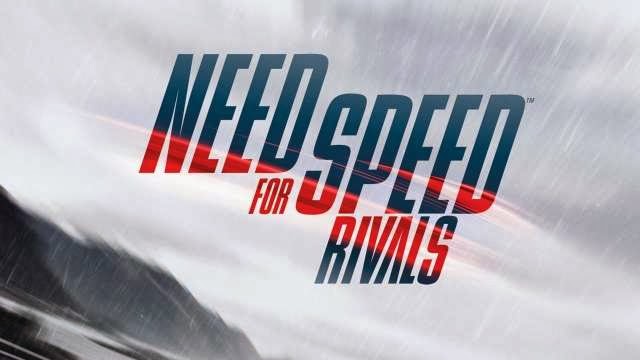 If  Wikipedia is to be believed, we’re currently on the fourth generation of Need for Speed games with the release of Need for Speed: Rivals. With (relatively) new studio Ghost Games at the helm, we expected some radical departure from the work of Criterion, which was majorly in charge of the franchise before Ghosts came into the picture. We absolutely loved Need for Speed: Burno—I mean Most Wanted, which was the last game in the franchise made by Criterion. Does Rivals live up to that?

Rivals reintroduces a storyline to the NFS franchise. It is extremely vague and doesn’t really amount to anything, but fans of cheesy and over-the-top voice acting will certainly appreciate the effort. Thankfully, it stays out of the way, so we can completely ignore talking about it here. Rivals brings back a major mechanic from the Hot Pursuit games—the ability to play as a cop—and there are “story” sequences for both sides of the law.

On the gameplay side of things, Rivals continues the series tradition of having incredibly arcade-like controls. If you wanted a driving simulation, you’re better off sticking to either Shift 2 or going for Forza or Gran Turismo. Driving feels more-or-less the same as it did back in Most Wanted, albeit the cars feel a bit heavier this time around. We still absolutely love it. Little compares to the feeling of drifting along a cliff side in a race while being chased by cops in supercars. This isn’t to say that Rivals is just a reskinned version of Most Wanted, though.

Definitely not a reskinned Most Wanted

Takedowns have been more-or-less taken out. Instead, every non-civilian car has a health bar. Taking this bar down results in a takedown, which makes the car completely unusable. If your car is too heavily damaged, you can drive through any of the repair shops, bringing it back to full health. This plays into the ability to play as the police quite well. The cops’ side of the story just wouldn’t be fun if takedowns were as easy as in Most Wanted.

Rivals also brings Pursuit Tech back into the series. Pursuit Tech essentially lets you carry around two “weapons” that can be used on other cars. These can range from a simple shockwave-like area-effect which pushes cars back to more exotic stuff, like the homing EMP shot. Both the police and racers can use Pursuit Tech against each other.

One of the biggest new features of Rivals is the multiplayer mode. If you’re connected to the Internet, you’re dropped into a game with five other players already playing. While it is a great idea, and the execution is pretty good, there are some problems that make it almost pointless. A major problem is the low player count. The open world in Rivals is just simply too big for only six players, who are more often than not spread out across the entire world. Compounded with the fact that it doesn’t have the instant teleportation stuff we saw in Most Wanted’s multiplayer last year, it often feels like you’re just racing against yourself.

The multiplayer has some good ideas, but doesn’t execute them very well

Vehicle modification, sadly enough, has gone back to the currency system from the street racing games. Instead of just winning races to unlock upgrades, you have to earn and spend speed points. This includes buying performance upgrades, visual modifications, Pursuit Tech and new cars. Almost everything you do gets you speed points, and the longer you’re out on the streets, the higher the Heat multiplier goes. Heat is a double-edged sword, because while your speed point accumulation goes up, so does the number of cops chasing you. If you get caught, all the speed points you spent during that run are lost.

I personally prefer the Most Wanted system of earning upgrades because it encouraged finding and driving new cars. With the cash-based upgrade system, you have to be wary of buying new cars, since it means you’ll have spent all your speed points on previous cars for nothing. Thankfully, speed points are easy to earn, and I often found myself coming back to my hideout with upwards of 100,000 speed points. In a game where even new cars cost 30,000-50,000 speed points in the first few chapters, cash should not be a problem.

Driving around as cops isn’t as fun as it should be. Sure, crashing into racers has its charms, especially if you’re online and those racers are other players, but I personally found myself ignoring the cops’ side of the story almost entirely. It also doesn’t help that the police don’t get to modify their cars beyond adding Pursuit Tech. If the multiplayer is any indication, many seem to agree. Hardly anyone plays cops, precisely because of how boring it is.

Playing as cops is just straight out boring

NPC cops aren’t much fun either, especially because they tend to rubber-band like crazy. You think you’ve left those cops eating your dust? Think again. Even if you have an extremely fast car, the police will always be able to catch up to you. My guess is that this is one of two things: either an extremely misguided attempt at saying “illegal things will always get you caught”, or lazy game design. Probably the latter.

The game has gorgeous visuals, owing to DICE’s new Frostbite 3 engine, which we saw in Battlefield 4. Even on a system as aged as the PlayStation 3, driving through the cliffs and countryside was a beautiful experience. Cars have been rendered quite beautifully, and it is difficult not to be awed by the visuals, especially on the PC.

The game is absolutely gorgeous

Sound design has never been EA’s weakness, and it shows in Rivals. The cars sound as awesome as they should, especially when you start upgrading it. Crashing produces great cringe-inducing effects of metal bending and glass shattering. The music is also amazing. Ditching the Muse fixation we saw in Most Wanted and the upcoming NFS movie, the soundtrack is much better rounded off this time. It has a varied list of genres, including hip hop, metal, rock and even dubstep.

We had one gripe with the game, and with time, even that went away. When you start it up, you are forced to go through a lengthy tutorial and learn playing both a racer as well as a cop. I wouldn’t mind a tutorial if it was done well, with on-screen prompts for example. The game, however, sees it fit to interrupt your gameplay and show you an unskippable video about how to do stuff. It was definitely frustrating, since the game decided that all players are idiots.

However, is Rivals a good game? Definitely. It’s fun, arcadey and beautiful. Sadly enough, the multiplayer falls short of fulfilling its potential. Despite that, however, Rivals is definitely worth getting. We’d just recommend staying away from the PC version and getting it on any of the consoles. It also doesn’t help that the game has the same Rs 3,499 price tag on PC as well as all consoles, so just get it on your PS3 or Xbox 360. Ghosts Games has something great on their hands, and we’re really hoping that it doesn’t murder the PC version next time around.