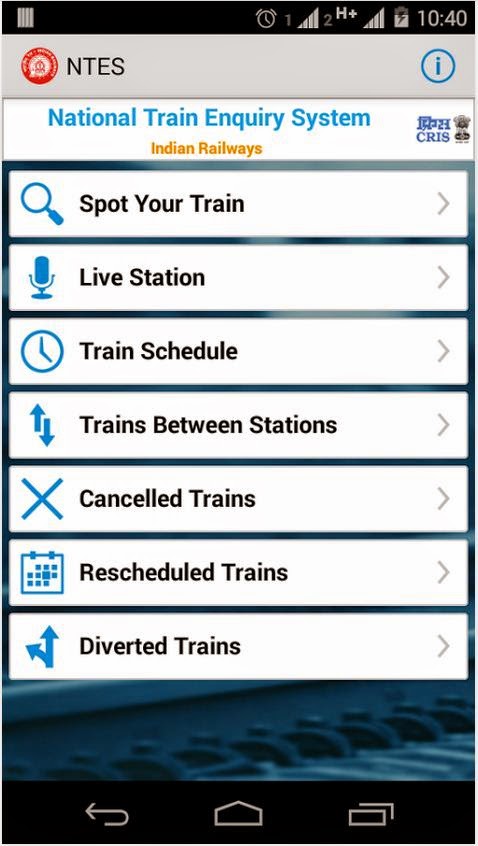 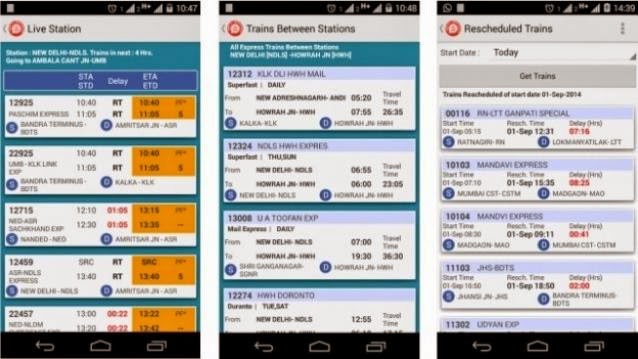 A new app has been released by the Centre for Railway Information Systems (CRIS) called National Train Enquiry System (NTES) which is now available for download on all smartphones and tablets running Android 2.3 and upwards.
The new mobile app for Android devices has many interesting features which includes checking on the current running status for trains along with time of arrival and departure. Even if trains are cancelled, you can view all the details on the website along with the location of your train between stations.
“With this launch, it has now become easier for the public to get information on expected arrival and departure timings of a particular train and other related information for the benefit of rail passengers,” a senior Railway Ministry official said.

The various features offered by the NTES app
This move by the Indian Railways will benefit commuters who travel on a daily basis and will make their experience far less stressful.
CRIS, an IT wing of railways had earlier launched a mobile app for Windows 8 platform in August 2014.
One of the best features of the app is “spot your train” which provides information such as its current position and expected time of arrival and departure at a particular station. Other features are ‘train schedule’, ‘trains between stations’, ‘live station’ and ‘information on cancelled rescheduled & diverted trains’.

”Live Station’ query provides list of trains expected to arrive at/depart from any station in next 2 or 4 hours.
The National Train Enquiry System (NTES) is a comprehensive system which provides information to public about train running on near real time basis through various interfaces like nationwide unique rail enquiry number 139, website (www.trainenquiry.com), mobile interfaces, Touch Screens, counter enquiry and display boards at stations.
CRIS has now made available mobile app for two most commonly used platforms that is Windows and Android. NTES app is available as free download from the Google Play Store.
Recently, we had also seen the launch of the IRCTC Connect app on the Play Store. It is a free to use app and can be downloaded from the Google Play Store. It will work with Android smartphones running Android 4.1 and higher. Couple of months ago, IRCTC had launched an official app for the BlackBerry 10 platform.
(With inputs from PTI)